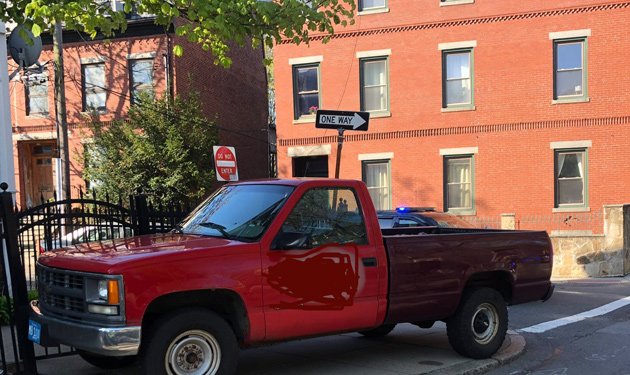 Cambridge Police report arresting a Manhattanite on an impressive list of charges after he allegedly crashed a Boston public-works pickup that he managed to get across the river Monday morning.

Police say McNulty stole the truck in South Boston, drove over into Cambridge and then crashed into a fence on River Street. He tried running away from the scene, but proved no match for fleet-footed Cambridge officers, who nabbed him not all that far away, police say.