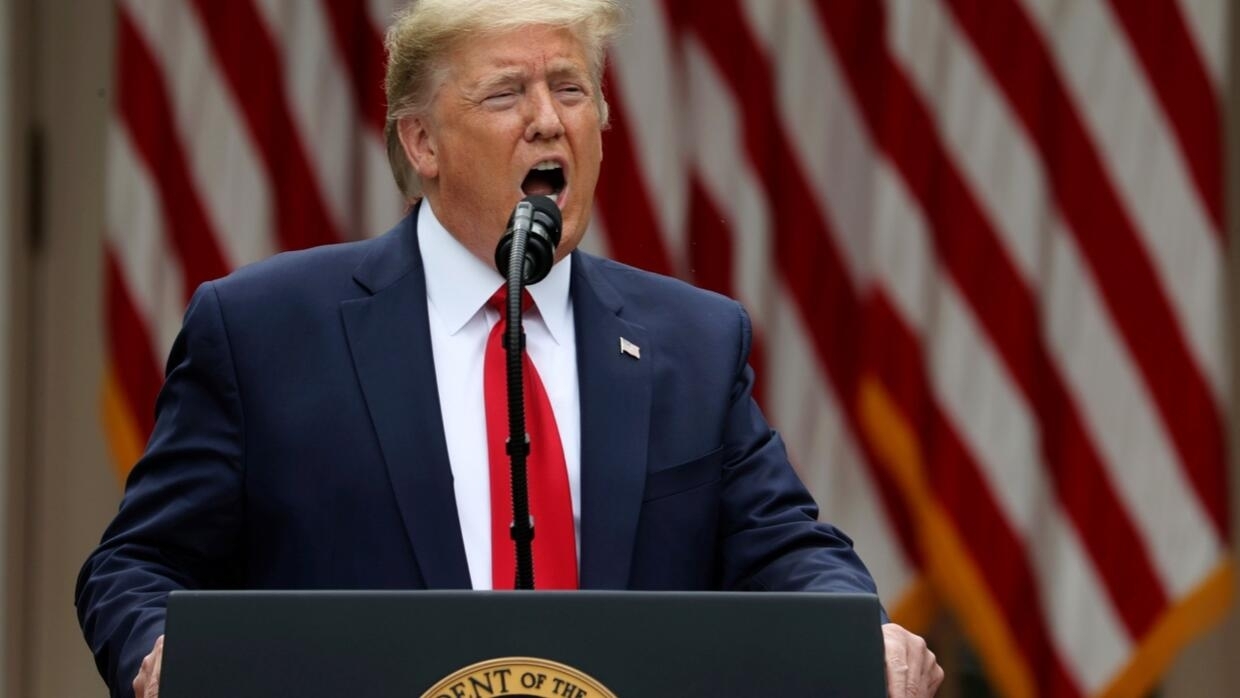 US President Donald Trump said on Friday he was directing his administration to begin the process of eliminating special treatment for Hong Kong in response to China plans to impose new security legislation in the territory.

Trump made the announcement at a White House news conference, saying China had broken its word over Hong Kong’s autonomy. He said its move against Hong Kong was a tragedy for the people of Hong Kong, China and the world.

“We will take action to revoke Hong Kong’s preferential treatment,” he said, adding that the United States would also impose sanctions on individuals seen as responsible for smothering Hong Kong’s autonomy.

Trump’s move comes after China moved forwards with plans to impose new national security legislation and Secretary of State Mike Pompeo said the territory no longer warrants special treatment under US law that has enabled it to remain a global financial centre.

Under the Hong Kong Human Rights and Democracy Act, which was passed by US Congress in November amid last year’s pro-democracy protests, the US State Department must determine whether Hong Kong had a sufficient degree of autonomy to justify it retaining its special trade status.

US ‘terminating’ relationship with WHO

Trump also announced he was breaking off US ties with the World Health Organization (WHO), which he says failed to do enough to combat the initial spread of the novel coronavirus.

Trump had already suspended funding to the UN agency, accusing it of being a “puppet” of China as the global health crisis erupted.

“Because they have failed to make the requested and greatly needed reforms, we will be today terminating our relationship with the World Health Organization,” Trump told reporters.

The US is the largest source of financial support to the WHO and its exit is expected to significantly weaken the organisation. Trump said the US would be “redirecting” the money to “other worldwide and deserving urgent global public health needs”, without providing specifics