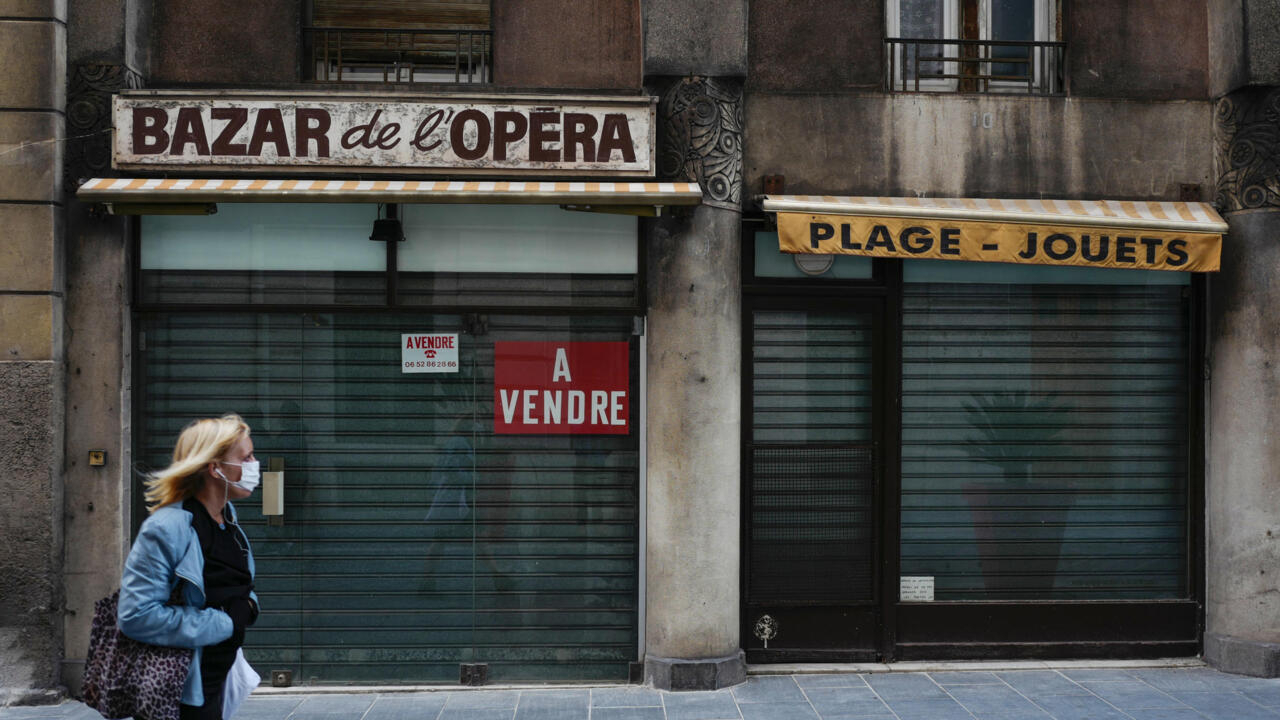 France’s economy contracted by a record 13.8 percent in the second quarter under the impact of coronavirus lockdowns, the national statistics institute INSEE said Friday.

The seasonally-adjusted quarter-on-quarter drop in gross domestic product (GDP) was better than forecast but worse than the performance of most of its eurozone peers.

“GDP’s negative developments in first half of 2020 is linked to the shut-down of ‘non-essential’ activities in the context of the implementation of the lockdown between mid-March and the beginning of May,” INSEE said in a statement.

INSEE also updated the figure for the first quarter — when lockdowns had just begun to be implemented — to a 5.9 percent contraction, from the 5.3 percent it had previously estimated.

The second quarter figure means the French economy has been shrinking for three consecutive quarters and continues to be in recession.

France’s second quarter contraction was much sharper than the record 10.1 percent fall in Germany. Austria suffered a 10.7 percent contraction and Belgium 12.2 percent.

Spain recorded a sharper 18.5 percent plunge in second-quarter GDP, however.

France’s drop was better than INSEE’s own forecast from mid-June of a 17 percent drop. The central bank had meanwhile estimated a 14 percent fall at the beginning of July.

The analyst consensus established by Factset was for a 15.3 percent fall in GDP.

Domestic consumption is the main driver of the French economy and household consumption fell 11 percent during the quarter.

Unsurprisingly given the lockdowns and travel restrictions hitting international tourism, there was a nearly 46 percent drop in transportation and a 57 percent drop in the restaurant and hotel sector.

INSEE noted that overall “the gradual ending of restrictions led to a gradual recovery of economic activity in May and June, after the low point reached in April.”

Finance Minister Bruno Le Maire said after the figures were released: “We are not powerless in the face of the crisis.”

The French government has taken extraordinary measures to support businesses duing the crisis and keep people in pay even when there is little work.

“We are going to fight to do better than the minus 11 percent” forecast for the entire year by the government, Le Maire added.