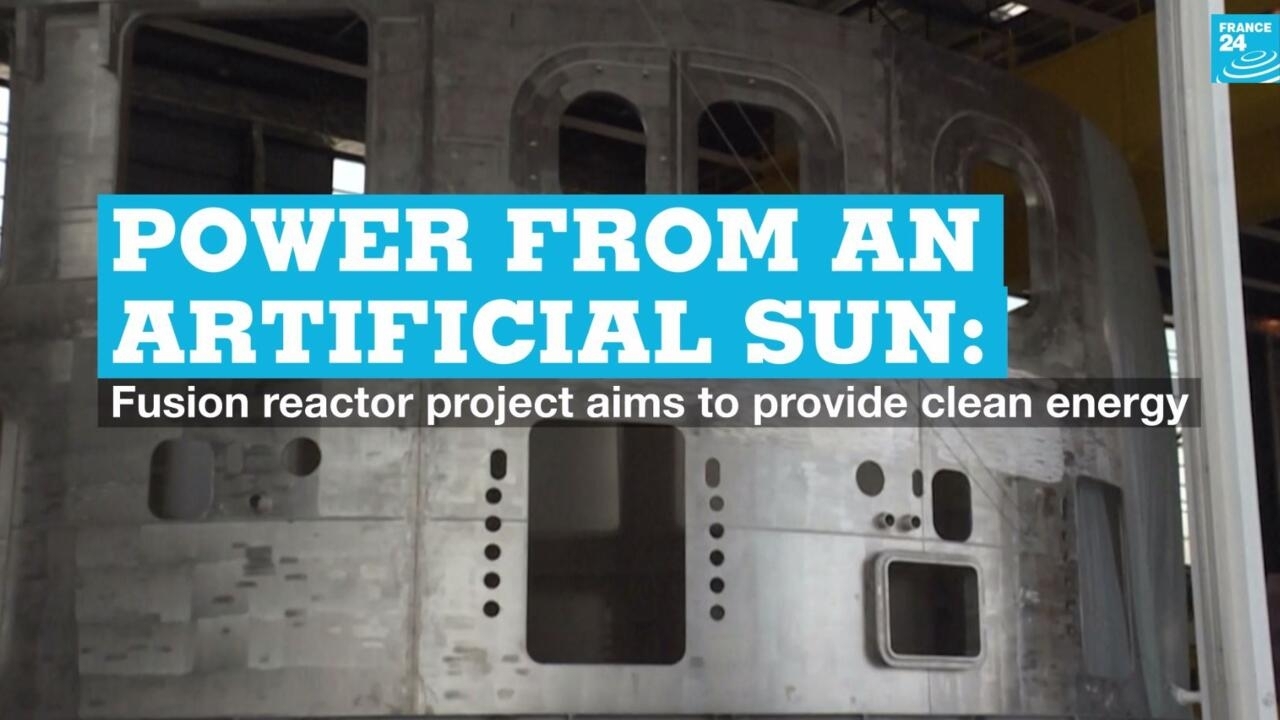 The assembly of the ITER fusion reactor began in the south of France this week in what has been called the biggest science project in human history. It is hoped the reactor will be able to produce clean energy using the same process that fuels the sun.

ITER (International Thermonuclear Experimental Reactor) is an international project that hopes to create clean energy from hydrogen fusion, the same process that occurs naturally in the heart of the sun.

Fusion will be obtained through a mixture of two hydrogen isotopes, heated to a temperature of around 150 million degrees.

“In this space we are going to have a machine in the heart of which a small sun will burn, to put it very simply. This small sun will generate energy. We will use that energy to create electricity,” ITER spokesperson Robert Arnoux told AFP.

A long sought-after alternative to fossil fuels such as coal and gas, hydrogen fusion generates no long-term waste, says ITER, while the fuels needed to create fusion are found in seawater and lithium, and so readily available.

ITER should start producing energy at the end of 2025 or early 2026 but only on an experimental basis. It will be a number of years before it is capable of supplying usable electricity.

“The vision I have, the one I think is most realistic, is that we’ll have to wait until about 2060 before we can connect the first fusion-powered generator to a power grid,” said Bernard Bigot, ITER director general.

The ITER project began in 2006 with a treaty bringing together 35 countries, including those in the EU, the UK, Switzerland, Russia, China, India, Japan, South Korea and the US.

Some environmental groups have criticised the ITER project dubbing it a ‘money pit’ and a ‘scientific mirage’.

The project is already five years behind schedule and three times over the initial budget at a cost of almost €20 billion.