Storms in sight as Western Europe swelters under heatwave 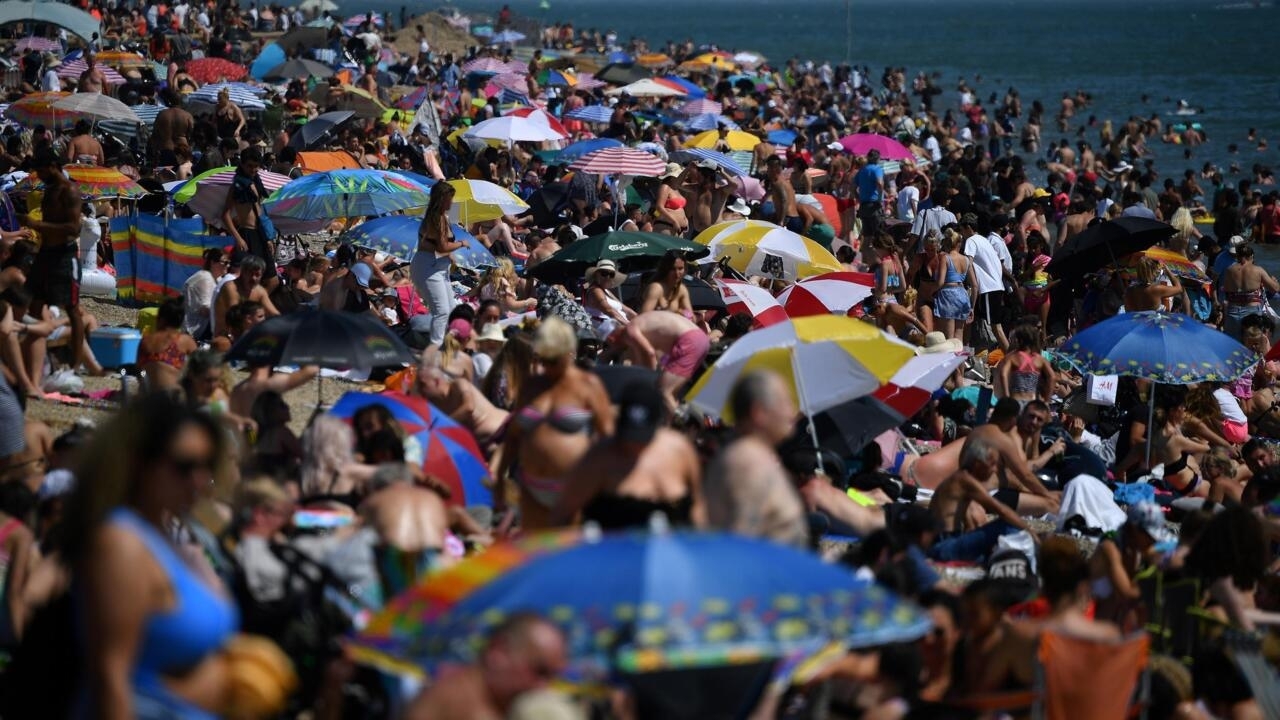 After parts of Spain set record temperatures during a heatwave and people in Britain sweltered and flocked to beaches Friday on the country’s hottest day so far this year, impending rain storms promise to bring a bit of relief to Europe this weekend.

The city of Palma, on Spain’s Mediterranean island of Mallorca, set a local record of 40.6 degrees Celsius (105 degrees Fahrenheit) on Tuesday.

The Spanish weather agency, Aemet, said tropical nights – when temperatures do not fall below 20 degrees Celsius (68 degrees Fahrenheit) – were also frequent in many parts of Spain in July.

“Climate change is increasing the frequency of heatwaves,” it said, adding that the annual number of days in heatwave conditions has doubled since the 1980s.

To the north, UK residents sought shade as temperatures rose above 37 degrees Celsius. National weather agency the Met Office said a reading of 37.8 degrees Celsius – 100 degrees Fahrenheit – was recorded at Heathrow Airport west of London. That made Friday the hottest day of 2020 and the third-hottest on record.

Previous bouts of hot weather have seen people pack beaches around the British coast – not always observing social distancing measures intended to prevent the spread of the coronavirus.

The city council in Brighton, on England’s south coast, appealed for visitors to stay away, saying it was “concerned about the number of people in the city”.

Forecasters say the blast of heat will end later in the day and there was a chance of violent thunderstorms across eastern England as cooler air moves in.