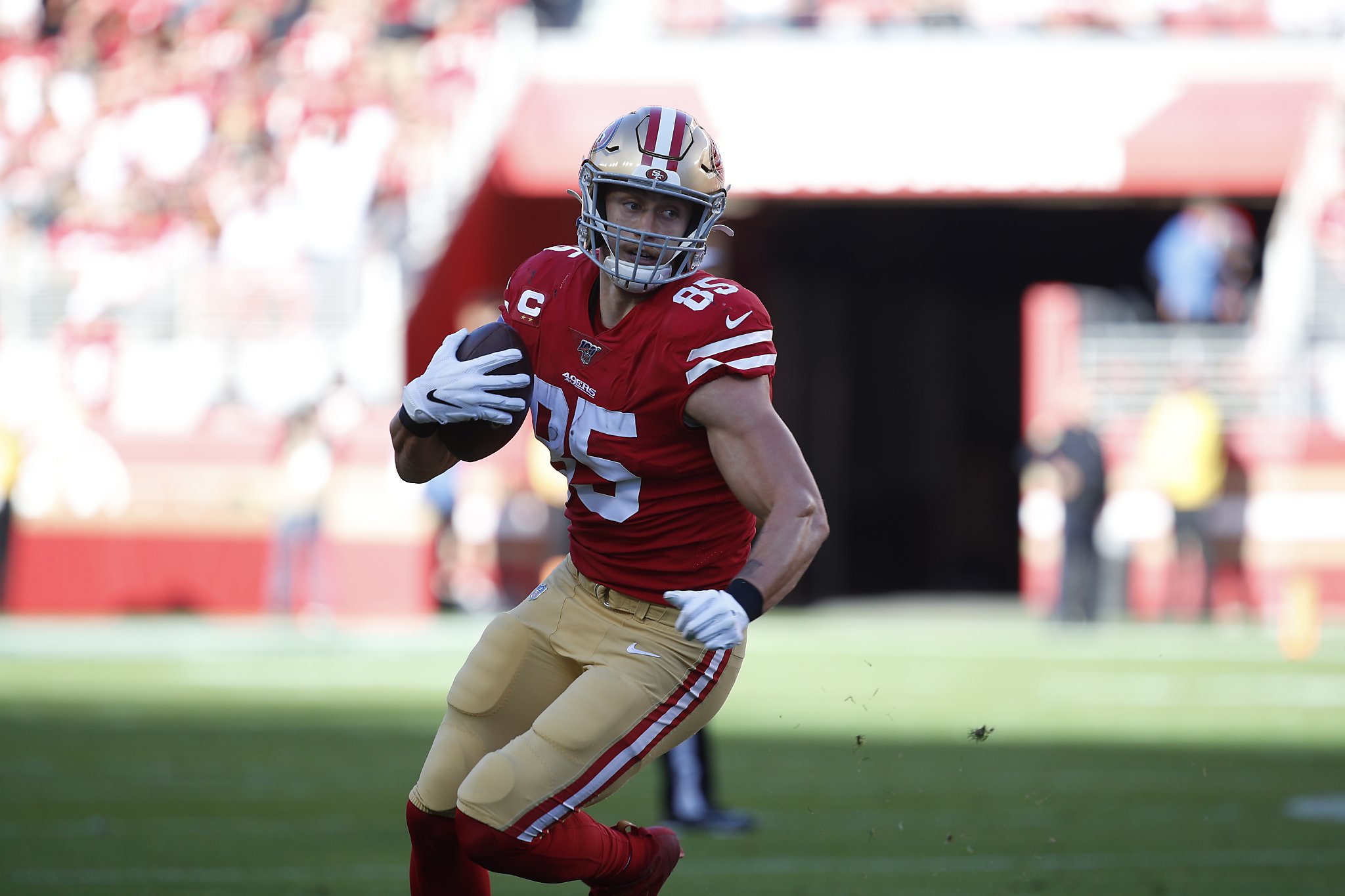 With the deadline for NFL players to opt out of the 2020 NFL season due to COVID-19 concerns set for Aug. 7 if the NFL and NFLPA finalize the language of their new health protocols Friday, NFL Network personality Mike Silver floated a potentially extreme scenario for the San Francisco 49ers after reporting on a “significant disconnect” between team and tight end George Kittle in contract talks.

Kittle, who is entering the final year of his rookie contract, was recently voted the seventh-best player in the NFL by his peers and is undoubtedly destined to become the highest-paid tight end in the NFL. However, Silver reports that Kittle’s camp wants something beyond a tight end market reset. The highest-paid tight end in the NFL currently is the Los Angeles Chargers’ Hunter Henry, who has an annual salary of $10.6 million.

“There remains a pretty significant disconnect philosophically between the 49ers and George Kittle’s camp,” Silver said during an appearance on NFL Network Friday. “The 49ers believe they want to reset the tight end market and give him a great tight end deal. And Kittle’s kind of saying, ‘I think I’m more than just a tight end….[George Kittle] is thinking, I don’t want to be called a tight end for the purpose of these negotiations.”

There’s a disconnect between @gkittle46 and the @49ers and if that doesn’t change soon, I wonder whether he might consider an extreme measure. @nflnetwork @wyche89 pic.twitter.com/pjuWn2mvZC

Silver then offered a hypothetical that sent 49ers fans across the internet into a tizzy.

“If I’m George Kittle, I’m wondering, with the opt-out deadline coming up as early as August 7, depending on when the new deal gets signed, do I want to play for $2.133 million and severely undervalued during a pandemic?” Silver asked. “Or do I want to take $150,000 [opt-out stipend] and live to fight another year? I don’t think it’s come to that yet, but if I’m George Kittle, those thoughts are starting to form in my mind.”

But Mike Silver is not George Kittle. While the hypothetical may have been apposite given the numerous pandemic opt-outs across the NFL, there is no evidence a Kittle opt out could be on the horizon.

Kittle previously dismissed the idea a potential holdout over his unresolved contract status and reported to training camp this week as anticipated.

“Being a captain, I want to be there for my team, and I need to show the right leadership skills,” Kittle said in early July.

Silver later tweeted his “gut says they will get a deal done.” General manager John Lynch said earlier this week he does not “see any reason why we wouldn’t be able” to come to an agreement.

“As this pandemic has hit, it’s caused a lot of economic uncertainty….with the [salary] cap possibly going down as low as $175 million on a cap that was anticipated at being at $220 million,” Lynch said. “That’s a big adjustment. We were waiting for some of that certainty to guide us in how we structure a deal. Now we have that information, it continues to come in, so we’ve traded ideas and things. We’re really hopeful. We’re going to work extremely hard.”