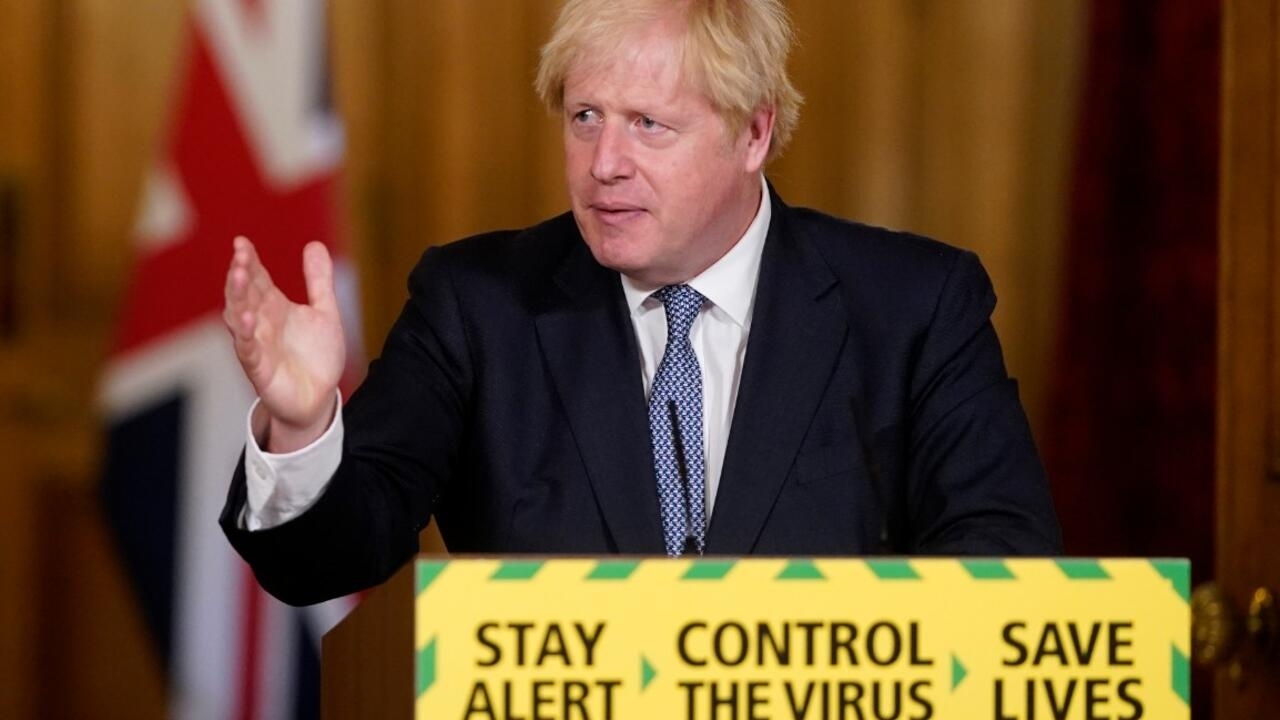 Lockdown measures in the UK were set to be further eased this weekend, but on Friday Britain “put the brakes on” those plans and imposed new rules on millions of households in northern England, following concerns over a spike in coronavirus infections.

The reopening of high-risk activities such as casinos, bowling alleys and skating rinks, which was meant to begin on Saturday, will be delayed until at least August 15, as will the reintroduction of indoor performances and pilot schemes of larger crowds at sporting events, Prime Minister Boris Johnson announced.

“I have said our plan to reopen society and the economy is conditional… that we would not hesitate to put the brakes on if required. Our assessment is that we should now squeeze that brake pedal,” he told a Downing Street briefing.

Johnson, who earlier this week warned of a “second wave” of cases in Europe, added that Britain “cannot be complacent” about increasing infection numbers.

His announcement came hours after the government increased regional lockdown measures – under which people from different households are banned from meeting indoors – for some four million people across Greater Manchester and parts of Lancashire and Yorkshire.

Health Secretary Matt Hancock said the restrictions were being brought in because people were “meeting and not abiding (by) social distancing”.

“We take this action with a heavy heart, but we can see increasing rates of Covid across Europe and are determined to do whatever is necessary to keep people safe,” Hancock said on Twitter.

Government data Friday showed there was “some evidence that the incidence of new infections has increased in recent weeks” in England.

Chief Medical Officer Chris Whitty said: “I don’t think it is helpful” to talk yet of a second wave sweeping across Europe, but admitted the actions taken so far to ease restrictions were “at the edge” of what could be done safely.

“The idea that we can open up everything and keep the virus under control is clearly wrong and what we’re seeing is that we’re at the outer edge of what we can do,” he said.

The opposition Labour party warned that the delayed reopening of parts of the economy could have dire consequences for workers and called on the government to help those affected.

The local lockdown measures came into effect at midnight (23:00 GMT Thursday), just hours after being announced.

Andy Burnham, the mayor of Manchester, backed the measures due to the increase in infections.

“The picture in Greater Manchester has changed over the last seven days,” he told the BBC.

“We have a rise in nine out of the 10 boroughs, the reality on the ground is changing.”

The new measures were also criticised by Labour for being announced late at night.

Labour leader Keir Starmer said on Twitter: “Announcing measures affecting potentially millions of people late at night on Twitter is a new low for the government’s communications during this crisis.”

The measures also came into force just as celebrations of the Muslim festival Eid al-Adha began. Areas affected by the latest lockdown have significant Muslim populations.

“To… minimise risks of onward transmission here, @scotgov is STRONGLY advising against non-essential travel between Scotland and these parts of the north of England,” she wrote on Twitter.

It is not the first local lockdown – England has lifted most of its restrictions nationally but imposed store closures around the central city of Leicester at the end of June.

Britain’s official virus death toll stands at 45,999 but is believed to be as high as 65,000 if excess deaths are used as a guide.