France sees most new daily Covid-19 cases since May 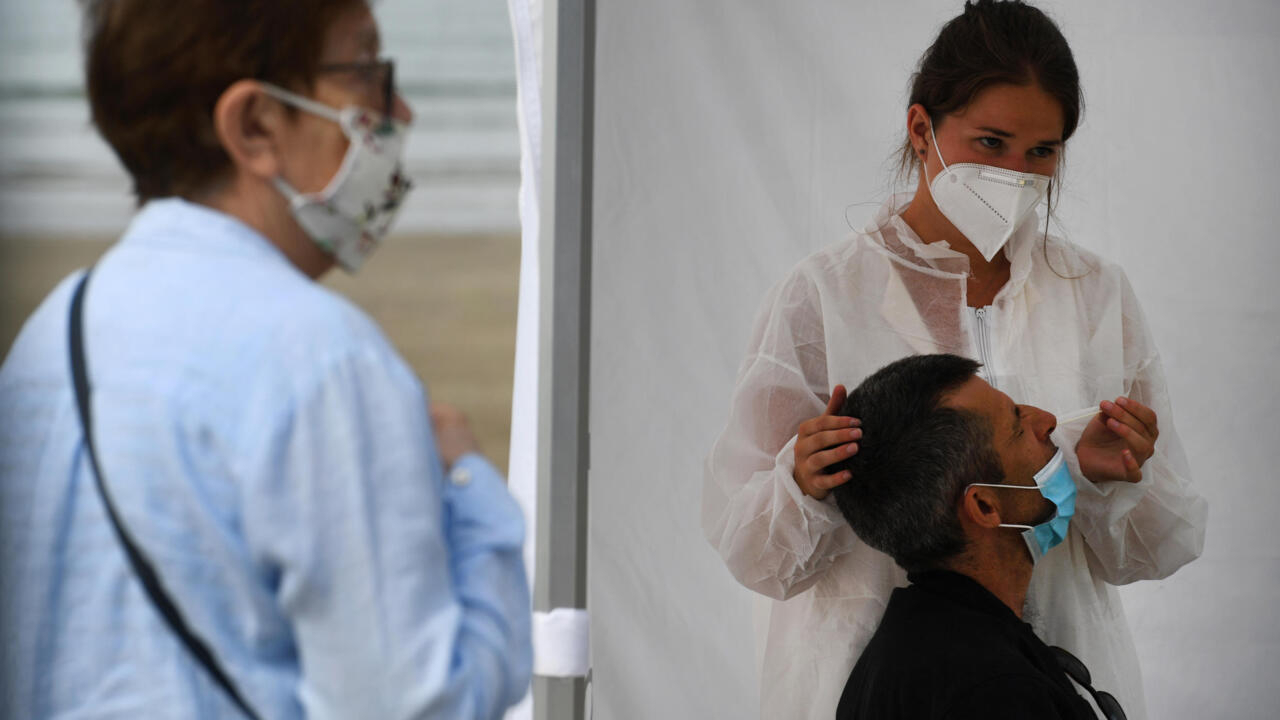 More than 2,500 new coronavirus cases were registered in France in 24 hours in the sharpest increase since May, government data showed on Wednesday, as officials said indicators were “clearly worsening”.

Of 600,000 tests over the past week, more than 11,600 were positive, the health ministry’s DGS public health division said.

At 2.2 percent, the weekly rate of positives was up from 1.6 percent the week before, confirming “increased viral circulation”, it added.

“Indicators used for tracking the epidemic on French territory have clearly worsened in recent days,” the DGS said.

With August traditionally a month when many French people take weeks of summer holiday, “it’s imperative that we keep up our efforts to avoid the epidemic picking up again, individually and collectively, everywhere and at all times”, the DGS said.

Health officials have identified 18 new virus clusters in the past 24 hours, bringing the total to 896 nationwide – although the number of patients in intensive care dropped slightly to 379, a level relatively steady since late July.

The government spokesman Gabriel Attal said on Wednesday that France will gradually ramp up police checks to ensure people wear face masks where it is mandatory and respect social distancing amidst a new surge of Covif-19 infections. “We’re at a tipping point […] We’re going to mobilise police forces to make checks,” Attal said.

This came after the new Prime Minister Jean Castex warned on Tuesday that Covid-19 could get out of hand if people do not take precautions: “If we don’t act collectively, we expose ourselves to the heightened risk that the rebound in the epidemic becomes hard to control,” he said during a visit to an intensive care ward in southern France.

On Monday, face masks became mandatory in Paris tourist hotspots as authorities try to curb the number of new infections. The order covers busy outdoor areas in the French capital including the banks of the River Seine and the iconic Montmartre area in Paris’s far north – although other renowned tourist hotspots such as the Eiffel Tower, the Arc de Triomphe and Champs-Élyseés were not listed. Anybody aged 11 faces a €135 ($159) fine if caught without a mask where one is required.

The latest uptick in Covid-19 cases has been most marked in Paris but some other cities including Nice, Toulouse, Biarritz, Marseille and Lille have already ordered people to wear masks in busy outdoor areas. Several coastal towns popular with tourists – including Le Touquet in the Calais region, Saint-Malo on Brittany’s northern coast, and La Rochelle on the Atlantic coast – have done the same.

Almost 30,400 people have died of coronavirus in France since the epidemic began, the third-heaviest toll in Europe after Britain and Italy.

(FRANCE 24 with REUTERS and AFP)