Israel targets Hamas in Gaza in response to fire-bomb balloons 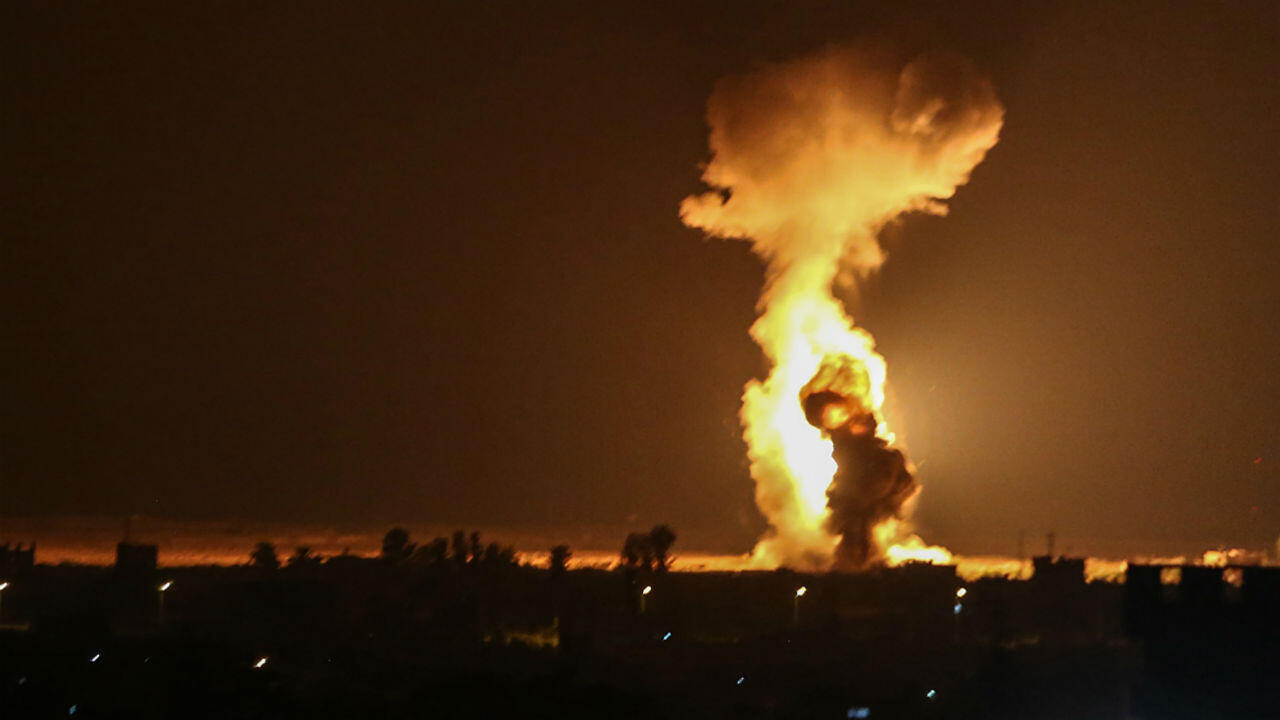 Israel attacked targets of Islamist group Hamas in Gaza and halted fuel supplies to the enclave Thursday in the latest retaliation against fire bombs suspended from balloons that have been released from the Palestinian territory.

Israeli warplanes and tanks struck overnight in the fourth military attack over the past week, causing no reported casualties Thursday but leaving one unexploded missile inside a UN-run school’s compound in Gaza’s Shati refugee camp.

A Palestinian security official in Gaza said “an unexploded missile fired by an Israeli plane” had impacted inside the school area and that “explosives engineering teams are working to disarm it”.

Adnan Abu Hasna, spokesman for UNRWA, the United Nations agency for Palestinians, also told AFP the missile had come down in one of its schools, where children had just returned Sunday after a five-month suspension due to the COVID-19 pandemic.

“We closed the school and are awaiting an investigation to the determine the facts and extent of damage,” he said.

An Israeli army spokeswoman told AFP that the military was looking into the claim.

Israel’s defence ministry said the fuel sanctions came “in light of the continued launching of incendiary balloons from the Strip toward the territory of the State of Israel and of the undermining of security stability”.

The latest round of hostilities has seen firebombs attached to bunches of balloons floating into Israel, setting agricultural fields and scrubland ablaze. Sometimes kites are used in the makeshift attacks.

Israeli fire services in the south of the country reported 60 fires caused by balloons on Tuesday, and 24 on Wednesday, without recording any casualties.

Police sappers have also been dismantling bombs attached to balloons that landed in southern Israel since August 6.

In response, Israel has closed its cargo crossing with Gaza and also reduced the territory’s permitted coastal fishing zone.

Hamas on Thursday condemned Israel’s attacks on Gaza and its sanctions as “dangerous and aggressive behaviour”, warning in a statement of “consequences” the Jewish state will bear.

Hamas and Israel have fought three wars since 2008.

Despite a truce last year backed by the UN, Egypt and Qatar, the two sides clash sporadically with rockets, mortar fire or incendiary balloons.

The Gaza Strip has a population of two million, more than half of whom live in poverty, according to the World Bank.

Palestinian analysts say fire from Gaza often aims to pressure Israel to give the green light for the transfer of Qatari financial aid into the strip.

On Monday, Hamas fired several rockets into the sea as a warning “message” to Israel, a source close to the Islamist movement told AFP.

While Israel’s Iron Dome defence system was capable of intercepting projectiles fired from Gaza, balloons and kites rigged with explosives have proved a different challenge.

The Israeli army said it was testing a “new laser anti-balloon system”.