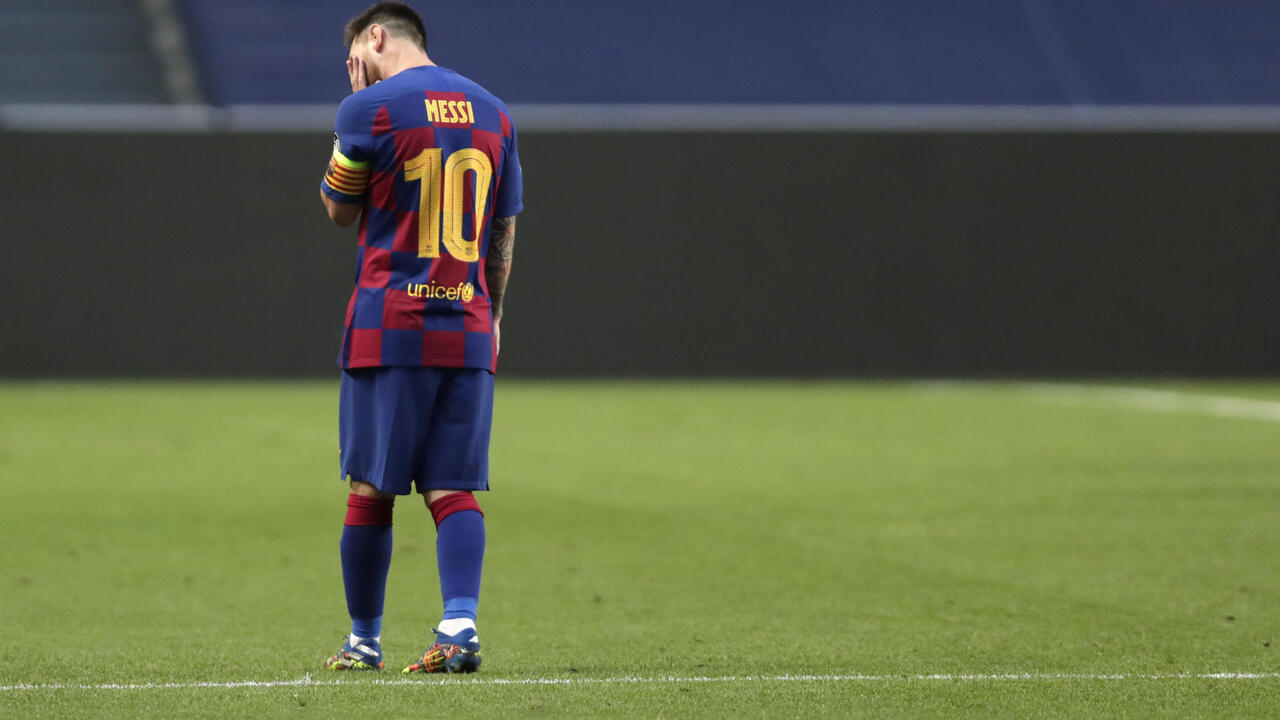 With four goals in the first half hour and four more in the last half hour, Bayern Munich humiliated Barcelona 8-2 on Friday to reach the Champions League semifinals for the second time in three years.

Thomas Müller scored twice and Ivan Perišić and Serge Gnabry added on in Bayern’s stunning start to the standout quarterfinal between the only past champions left in the last eight.

Joshua Kimmich, Robert Lewandowski and Philippe Coutinho (twice) piled on Barcelona’s misery in the second half.

Barcelona got on the board with an own-goal by David Alaba in the first half and a goal by Luis Suárez in the second, but Lionel Messi’s team was never in contention.

Seeking its first title since 2013, Bayern will next face either Manchester City or Lyon, who meet on Saturday in the last quarterfinal.

Paris Saint-Germain and Leipzig will play in the other semifinal of the mini-tournament being staged without fans in Lisbon amid the coronavirus pandemic.

The humiliating loss ended a disappointing season for Barcelona, one that included a coaching change and public disputes between players and team officials. It is the first time since 2008 that the Spanish club finished a season without a significant title. It hasn’t lifted the European trophy since 2015.