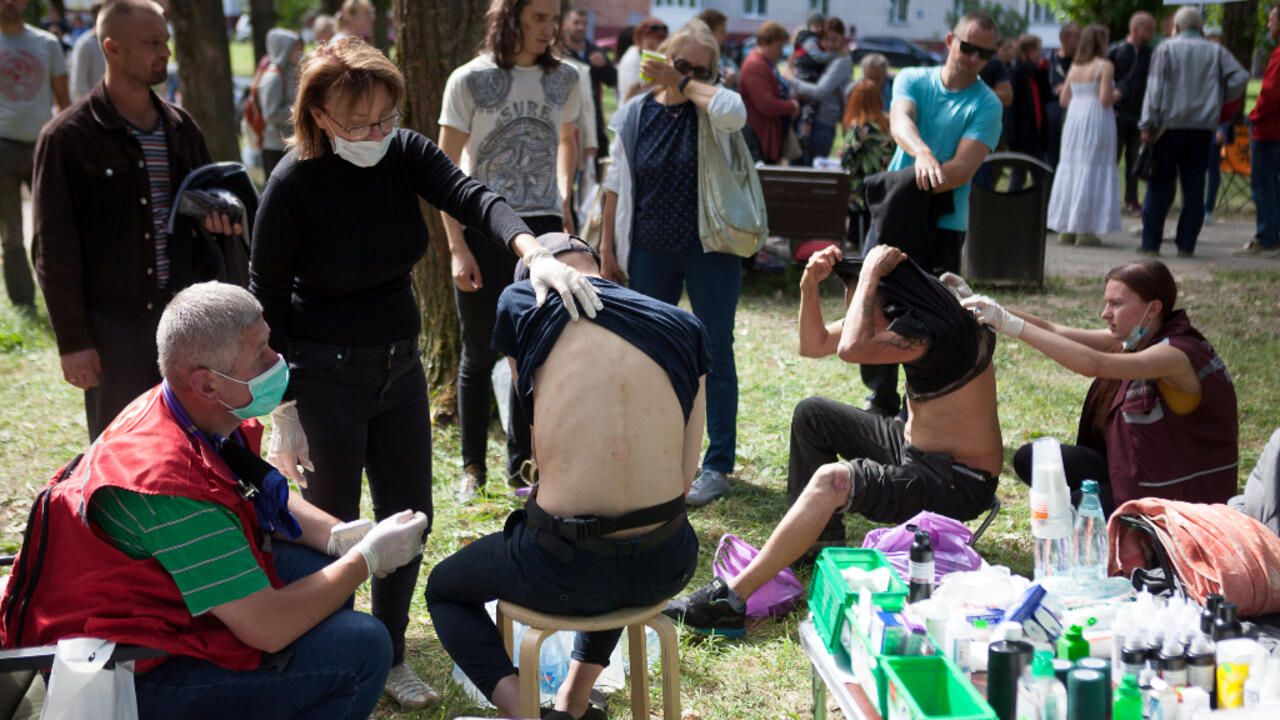 European Union ministers agreed Friday to draw up a list of targets in Belarus for a new round of sanctions in response to strongman Alexander Lukashenko’s post-election crackdown.

At a videoconference hosted by Brussels’ diplomatic chief Josep Borrell, the foreign ministers also agreed to take up the stand-off between Greece and Turkey at their next face-to-face talks.

As Lukashenko’s main opposition challenger called for mass weekend rallies to denounce the long-standing leader’s disputed claim of re-election, his western neighbours are stepping up pressure.

“The foreign ministers agreed to impose sanctions on those responsible for the repression and a list of names will be drawn up,” one European official said.

Sweden’s Foreign Minister Ann Linde said in a tweet that the “EU will now initiate a process of sanctions against those responsible for the violence, arrests and fraud in connection with the election.”

Once the list is finalised, each individual or entity on it will have to be approved unanimously by member states, but officials said none of the 27 raised objections to the idea of sanctions.

Ahead of the meeting there had been calls for action from several EU members, especially Belarus’ neighbours Poland and Lithuania, which is now hosting exiled opposition candidate Svetlana Tikhanouskaya.

Poland, Latvia and Lithuania say they are ready to act as mediators to try to resolve the post-election crisis, after a poll that Brussels has already said was “neither free nor fair”.

Lithuanian President Gitanas Nauseda has spoken to Tikhanovskaya and, according to his spokesman, she is ready to help him implement a plan for “peaceful dialogue” to resolve the crisis.

Lithuania also on Friday offered to treat Belarusians injured during the protests and suggested setting up the EU fund to support “the victims of repression”.

News of the sanctions came as tens of thousands of people flooded the heart of the Belarus capital of Minsk on Friday in a show of anger over a brutal police crackdown on peaceful protesters.

Factory workers marched across the city shouting “Go away!” in a call for authoritarian President Alexander Lukashenko to resign after 26 years of iron-fisted rule that was extended in an election Sunday that protesters denounced as rigged.

About a dozen soldiers guarding the nearby government headquarters lowered their riot shields in what the demonstrators saw as a sign of solidarity, and women rushed to embrace and kiss the guards.

As the protesters rallied on the square, Lukashenko dismissed them as puppets manipulated from abroad. During a meeting with top law enforcement officials, he defended the crackdown as a justified response to violence against police by some of the protesters. The Interior Ministry said 121 police officers were injured.

He told officials, however, to avoid excessive force.

“If a person falls down and lies still, don’t beat him!” Lukashenko said.

The Belarusian leader cautioned people against turning out for protests, saying the country is facing foreign “aggression”.

“Don’t get out into the streets. You should understand that you and your children are being used as cannon fodder,” Lukashenko said, alleging that people from Poland, the Netherlands, Ukraine and some members of Russia’s opposition were fomenting the unrest.

“Do you want me to sit and wait until they turn Minsk upside down?” he said. “We won’t be able to stabilize the situation afterwards. We must take a break, collect ourselves and calm down. And let us restore order and deal with those who have come here.”

The claim of foreign agitation was greeted with disdain by protesters.

“Nobody believes these horror stories about external forces. We are tired of constant enemies and conspiracies,”said Galina Erema, 42. “He usurped power and has not left for 26 years. This is the reason for the protests.”

A messaging app that has been a key communications means for protesters announced plans for marches on Sunday in Minsk and “other cities and hamlets of Belarus”, an indication that determination remains strong.

Earlier, police didn’t interfere as the protesters marched across the city, reflecting Lukashenko’s apparent attempt to assuage the opposition by stepping back from the violent police crackdowns seen across the country earlier this week.