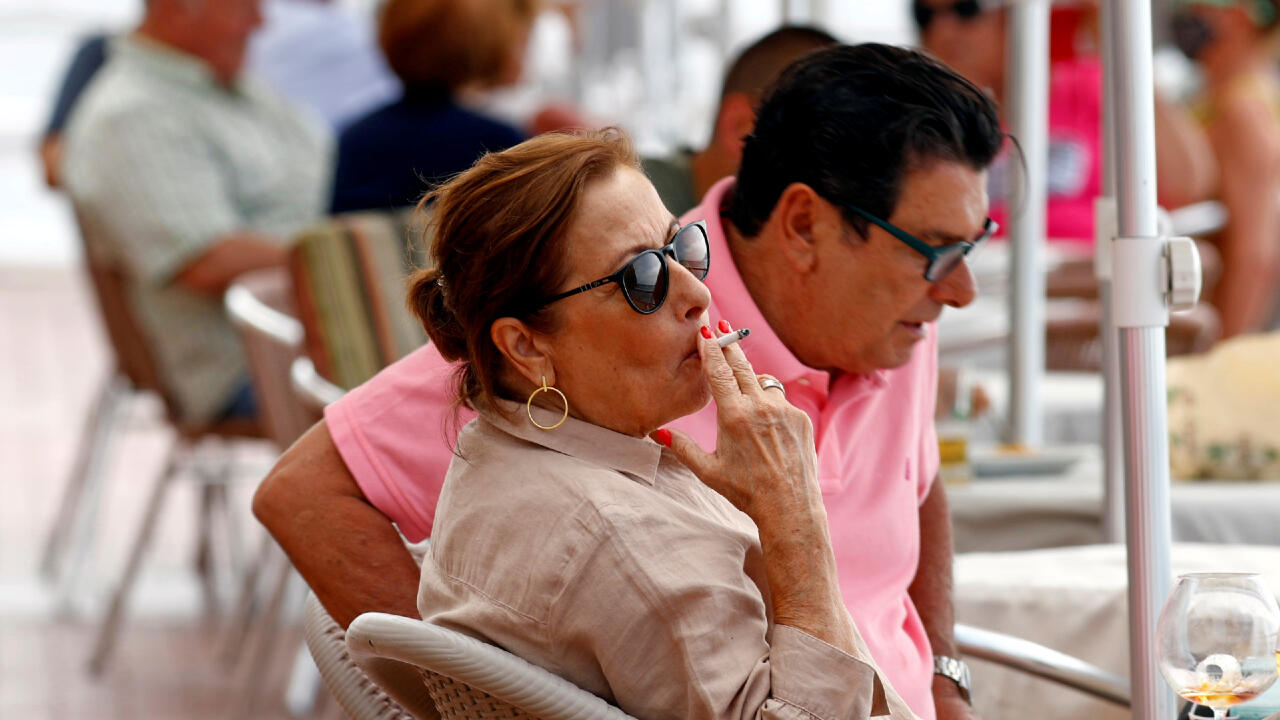 Under a law which came into force at midnight in the northwestern region of Galicia, smokers are forbidden to remove face masks — which are mandatory — to smoke in public if it is not possible to maintain a distance of two metres (6.7 feet) between people, in what is believed to be the first such restriction in Europe.

The government of the region, best-known for the Camino de Santiago Catholic pilgrimage, said infected smokers could blow droplets carrying the virus while exhaling.

The regional government of Spain’s Canary Islands quicky followed suit. The archipelago is a tourism hotspot off northwest Africa.

The smoking ban in the Canaries will come into effect on Friday along with mandatory wearing of face masks in all public spaces, regional leader Angel Victor Torres said.

The Canary Islands had been the only Spanish region where it was not obligatory to use face masks.

The government had to act “forcefully” in response to a rise in infections, Torres said.

Officials in regions including Madrid and Andalusia said they were considering similar smoking restrictions.

Spain’s regions are responsible for healthcare policy, which has led to a patchwork of measures to curb the virus.

The new measures come as Spain grapples with a rise in Covid-19 cases since June 21, when it ended its lockdown measures, one of the world’s strictest.

Spain, with a population of 47 million, leads Western Europe with more than 337,000 cases, compared with nearly 252,000 cases of Italy’s 60 million inhabitants, which was the first European country to be rocked by the virus.

The Spanish Medical Colleges Organisation said it was “disappointed and outraged” at the lack of a common direction and called for better coordination between the central and regional governments.

Without a “change in course”, the “rise in cases which we have seen will lead us once again to lose control” of the pandemic, it added.

“The disputes and rivalries between political forces and institutions, when they should all be rowing in the same direction, drive us to despair.”

The medical body blamed the rise in infection on eased social distancing, family gatherings and visits to nightclubs and bars, and the poor living conditions of seasonal migrant farm workers.

It called on tougher punishments for those who violate social distancing orders and rules to prevent travel within regions to stop the spread of the virus.

Spain’s different layers of government provide “contradictory” figures about the virus which “give everyone the impression of a lack of coordination in the fight against the pandemic,” it added.

While the smoking bans were applauded by many medical experts, some questioned its effectiveness.

Fernando Garcia, an epidemiologist at the Carlos III institute for health, told AFP the measure was “a bit disproportionate” given the lack of evidence that “tobacco smoke can transmit the disease”.

The World Health Organization has said tobacco users could increase the possibility of transmission of the disease since it involves contact of fingers with the lips.

Outside Europe, South Africa has banned the sale of tobacco because it may lead people to drop social distancing while Jordan banned smoking in closed public spaces.