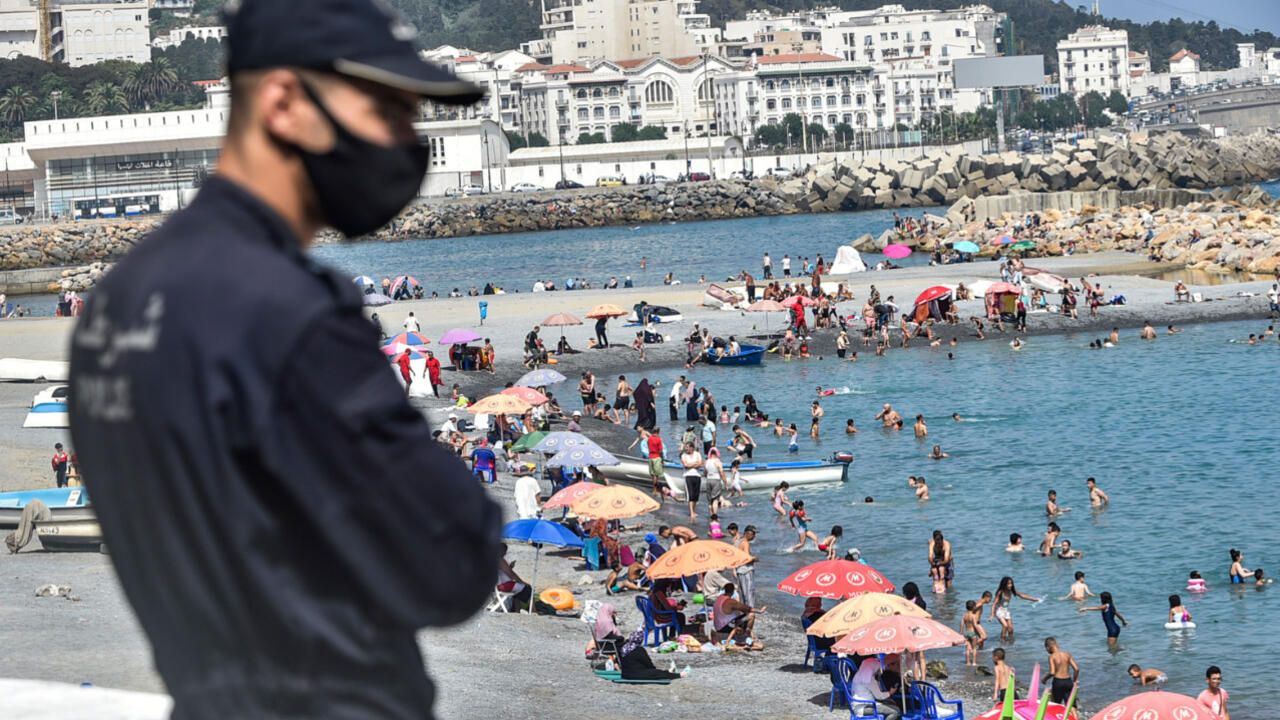 Algerians hit the beaches on Saturday after authorities lifted some restrictions imposed five months ago to stem the spread of the novel coronavirus, as cafes, restaurants and large mosques also reopened.

The third worst affected country in Africa after Egypt and South Africa, Algeria has officially reported a total of more than 38,000 cases of the COVID-19, including 1,360 deaths.

It imposed a strict lockdown after the first infection was recorded at the end of February.

A partial lockdown remains in force in 29 of the country’s 48 wilayas, or administrative councils, which also must observe a night-time curfew.

“The atmosphere at home was unbearable. The children were bored and I was fed up,” said Soraya, a mother who was among the first to head to the beach with her children.

Her friend Fatima, children in tow, joined carrying a sun umbrella and sandwiches for everyone.

“I prepared everything at home so that we could spend the whole day at the beach,” Fatima said, as one of her children tugged on her hand to make her stop talking and start walking towards the sea.

Despite the relaxed virus restrictions, Algerians must still wear masks outdoors or risk steep fines, and social distancing in the sea is compulsory.

Policemen wearing shorts patrolled the beaches on Saturday on foot or on quad bikes to make sure beachgoers followed the rules, and mounted police were due to keep watch throughout the summer.

The reopening of beaches “is very good news for a population that has been suffocating and who could lose its psychological balance”, said a petition on social networks.

The petition urged authorities to open up to the general public two large Algiers beaches which in the past had restricted access.

Large mosques — closed since March 19 — were also allowed to reopen on the condition social distancing could be maintained, but worshippers must wear masks and bring their own prayer rugs.

Women, children under the age of 15 and people deemed vulnerable are not allowed to enter.

The weekly Friday prayer, however, remains prohibited for all.

“Thank God,” pensioner Abdelmalek said as he came out of a mosque.

“I noticed that people were respecting hygiene rules. It is a good thing because when we come to pray, we mean to do good… not something bad like contaminating others,” he said.

Sociologist Zoubir Arous warned of the risk of a new spike in infections and said the reopening of beaches, mosques, restaurants and cafes was “hasty”.

Authorities have warned they will reimpose restrictions if the number of cases rises.