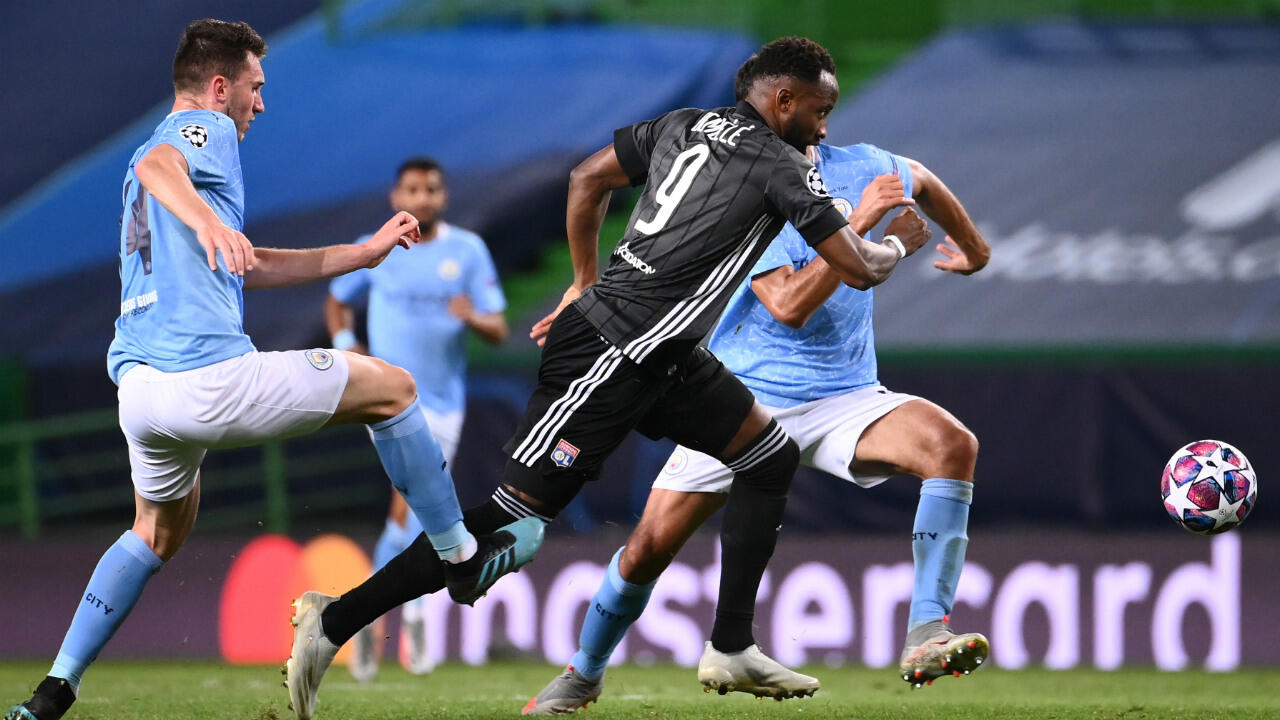 Substitute Moussa Dembele struck twice as Olympique Lyonnais stunned Manchester City with a 3-1 victory on Saturday to move into the semi-finals of the Champions League where they will face Bayern Munich.

Lyon took the lead in the 24th minute with a fine finish from Maxwel Cornet, who spotted Ederson off his line and beat him with a low drive from the edge of the box.

City drew level through a Kevin De Bruyne side-foot finish in the 69th minute and pushed forward in search of winner but were caught out on the break.

Dembele broke free and Ederson’s outstretched leg couldn’t keep his shot out of the net.

😮 Did you see that coming?#UCL

City had a golden chance to draw level moments later but Raheem Sterling somehow blasted over from close range with the goal at his mercy.

Lyon responded by taking advantage of chaos in the City defence with Ederson pushing out a low shot from Houssem Aouar and Dembele pouncing for his second.