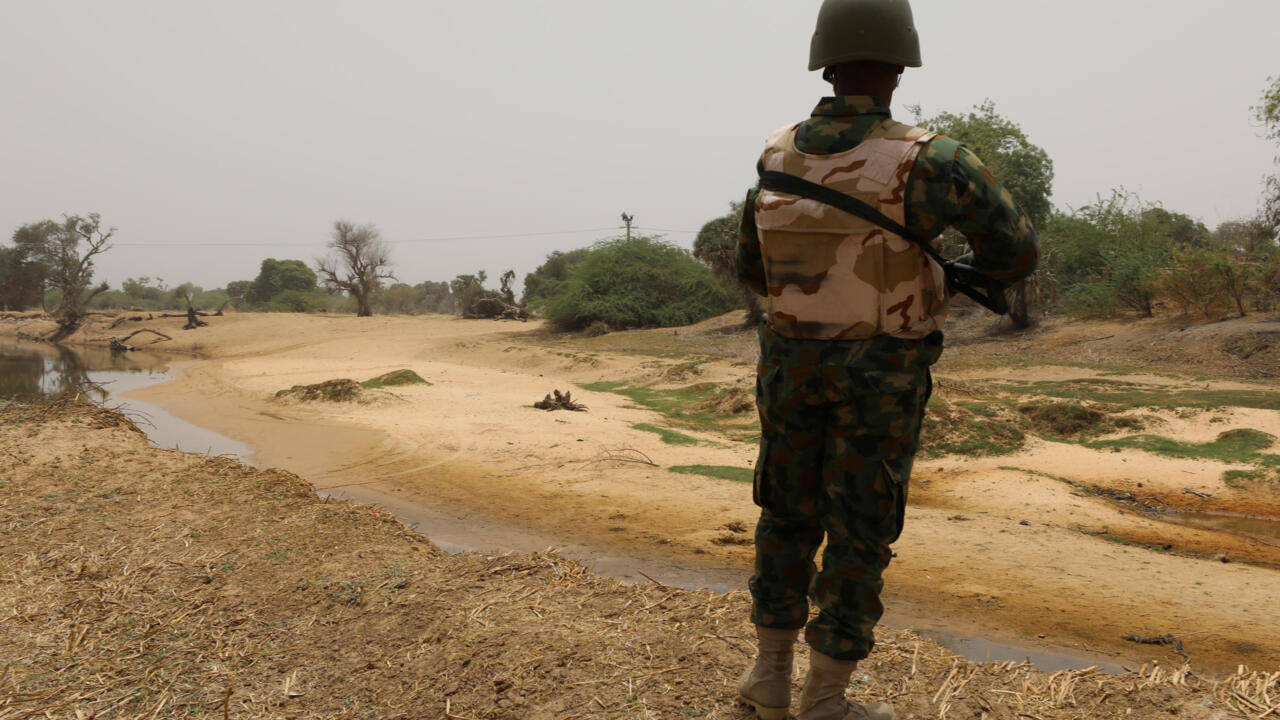 Jihadists linked to the Islamic State group have taken hundreds of hostages in a town in northeast Nigeria, locals and militia sources said Wednesday.

Militants from the Islamic State West Africa Province (ISWAP), an offshoot of Boko Haram, overran Kukawa in the Lake Chad region late on Tuesday, seizing people who had just returned to their homes after spending nearly two years in displacement camps, said Babakura Kolo, head of a local militia.

“The terrorists attacked the town in 22 trucks around 4:00 pm (1600GMT) yesterday and engaged soldiers guarding the town in a fierce battle,” he said.

Residents of Kukawa, escorted by the military, had returned to the town just on August 2, on the orders of the Borno state authorities.

They had been living in camps in the regional capital Maiduguri, 180 kilometres (120 miles) away, where they fled following a bloody attack in November 2018.

A local chief who accompanied the residents to the town said the people had returned with the hope of cultivating their farmlands “only to end up in the hands of the insurgents”.

“We don’t know what they would do to them but I hope they don’t harm them,” said the chief, who asked not to be identified for safety reasons.

A security source who confirmed the incident to AFP said fighter jets were deployed from Maiduguri on Wednesday to “tackle the situation”, without giving details.

Nigeria’s decade-long jihadist conflict has forced around two million out of their homes, most of them from the northern part of Borno.

Many have moved into squalid displacement camps in Maiduguri, where they rely on handouts from international charities.

In the last two years, local authorities have been encouraging the displaced to return home, despite concern by international charities that this is not safe.

Residents have been returned to five major towns since 2018, where they are confined under military protection, with trenches dug around towns to try to fend off jihadist raids.

Despite the fortifications, the insurgents have continued to launch attacks.

Residents who venture out to work on their farms or collect firewood have been killed or abducted.

The United Nations last Friday said 10.6 million out of the 13 million people in the conflict-ravaged states of Borno, Adamawa and Yobe would need humanitarian assistance this year.

It said the figures represented a 50-percent increase since last year, and the highest tally since the beginning of the joint humanitarian response five years ago.