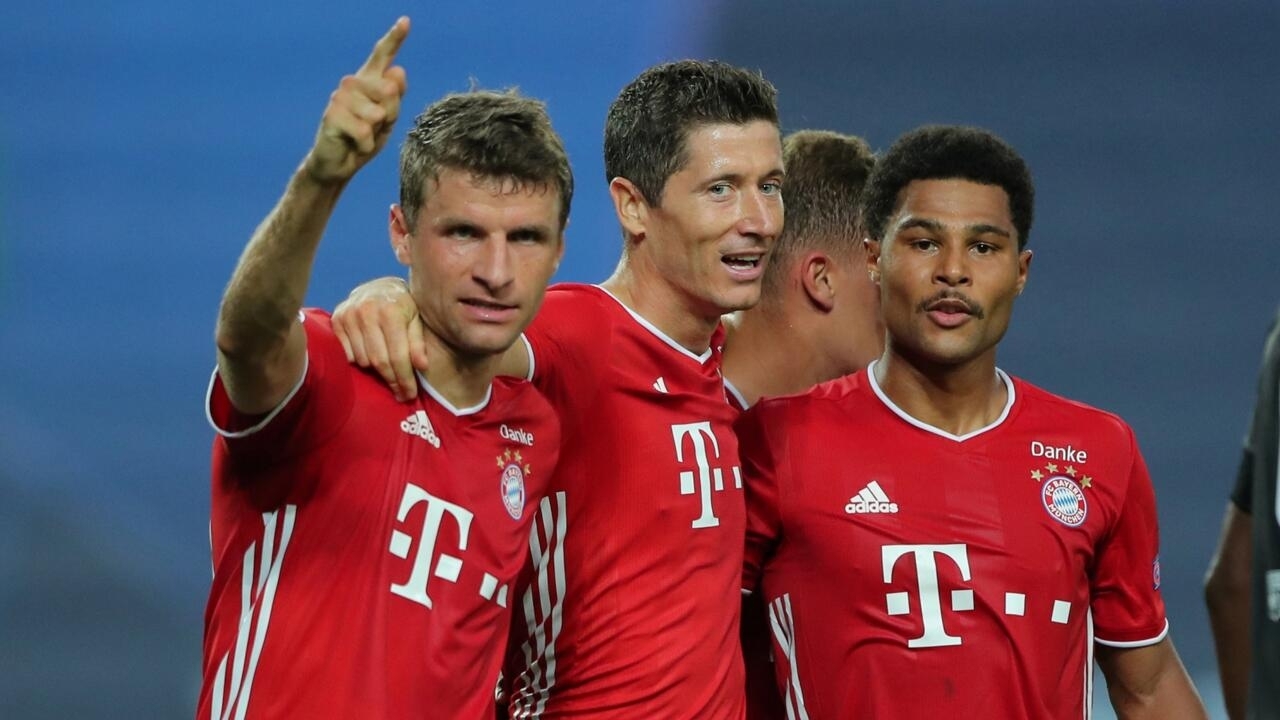 Bayern Munich beat Lyon 3-0 on Wednesday to reach the Champions League final and remain on course for a treble-winning season – with the German champions’ winger Serge Gnabry scoring twice in 15 minutes in the first half, before a header from talismanic Polish striker Robert Lewandowski finished off Lyon in the 88th minute.

The Bavarians, who won the domestic league and Cup double and are unbeaten in all competitions in 2020, will now face PSG at Lisbon’s Estadio da Luz on Sunday after the French champions booked their spot on Tuesday with a 3-0 victory over RB Leipzig.

Lyon enjoyed a remarkable run in Europe, winning giant-killer status by vanquishing Juventus and Manchester City to secure only their second ever Champions League semi-final. This was despite their miserable seventh-placed finish in the French league this season.

The French club had the better chances in a lively start to the match and also hit the post with Karl Toko Ekambi in the 17th minute.

But it was Bayern who scored first a minute later with their first real chance and Gnabry’s sensational solo run and left-footed finish.

The Germany winger then bagged his ninth goal in nine Champions League games, firing in on the rebound from close range after a goalmouth scramble in the 33rd.

Bayern were far less dominant than in their 8-2 demolition of Barcelona in the quarter-finals last week, and Lyon wasted spurned more chances to get back in the game – but Bayern showed their determination and ruthless finishing skills when Lewandowski found the back of the net in a clinical header after a free kick in the last minutes of the game.