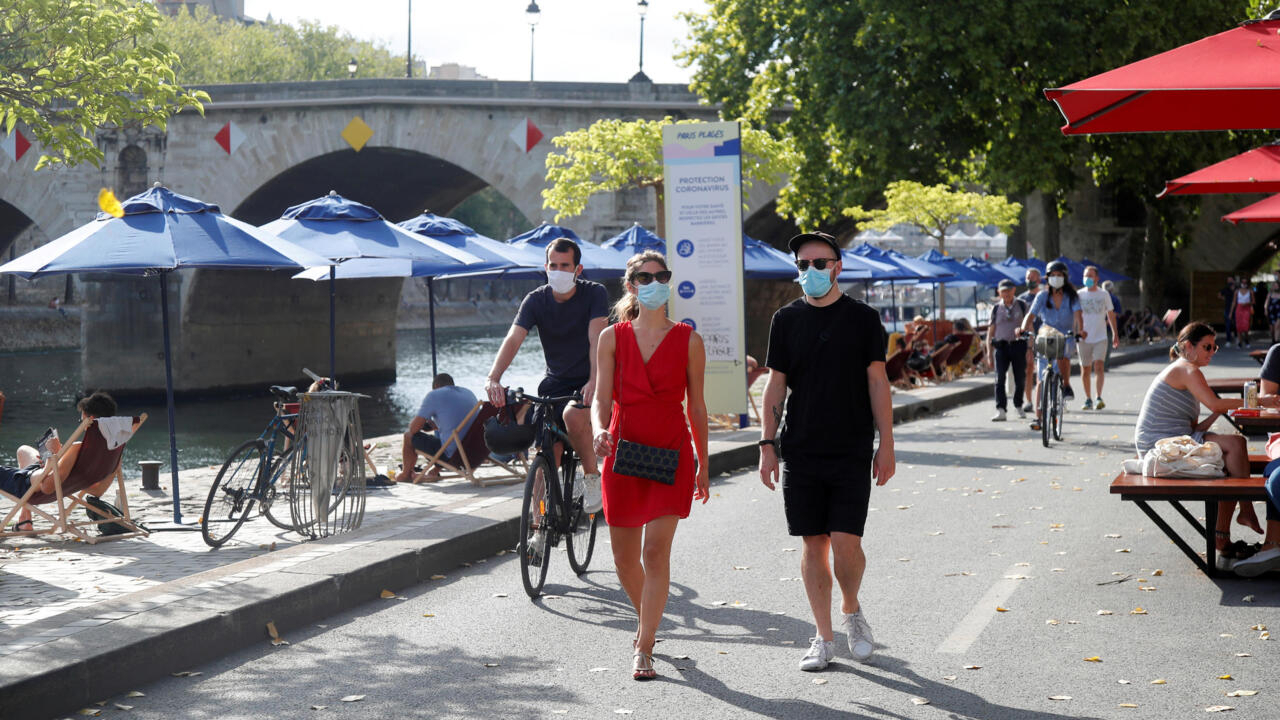 “All the indicators keep going up and the transmission of the virus is getting stronger among all ages groups affected, young adults in particular”, the health ministry said in a statement.

It said the virus was especially active in and around Paris and Marseille, France’s two biggest cities.

Some medical experts are worried about the impact of PSG fans’ wild, mask-less celebrations on the Champs Élysées in central Paris after their team reached the Champions League final on Tuesday.

Paris council officials are also concerned about large gatherings of fans expected on Sunday, when PSG will play the final either against compatriots Lyon or Germany’s Bayern Munich.

Despite the surge in infections, Macron told Paris Match magazine that “local strategies” were preferable to another national lockdown, which he said would cause considerable “collateral damage”.

France imposed some of Europe’s toughest lockdown restrictions earlier this year, greatly reducing the rate of coronavirus infections. But in the past few weeks the numbers of new Covid-19 cases have climbed, and public health officials have warned that contagion could spin out of control.

More than 16,700 infections have been detected across the country over the past week. However, the number of people in intensive care because of the virus remains comparatively low at 374.

The release of the daily figures comes after the southwestern city of Toulouse became the first in France to make face masks compulsory in all public places.

Toulouse officials announced earlier on Wednesday that masks will become compulsory outdoors starting on Friday, from 7am to 3am the next day, for all people aged 12 and over. Those riding bikes and scooters will also be required to wear masks.

Face masks are already compulsory on public transport in France and indoors in public places. Many French towns and cities, including Paris and Toulouse, have already made masks obligatory in certain outdoor areas – including on busy streets, near tourist hotspots and at food markets in town squares.

The local government of Lyon, France’s third-most-populous city, announced on Wednesday that masks would become compulsory in its busiest areas starting on Saturday.

Labour Minister Élisabeth Borne announced on Tuesday that masks would be “systematically” used in all indoor work spaces starting next month, including meeting rooms, corridors and open-plan offices – while her department emphasised that working from home would remain its recommended option for employees.

(FRANCE 24 with REUTERS and AFP)