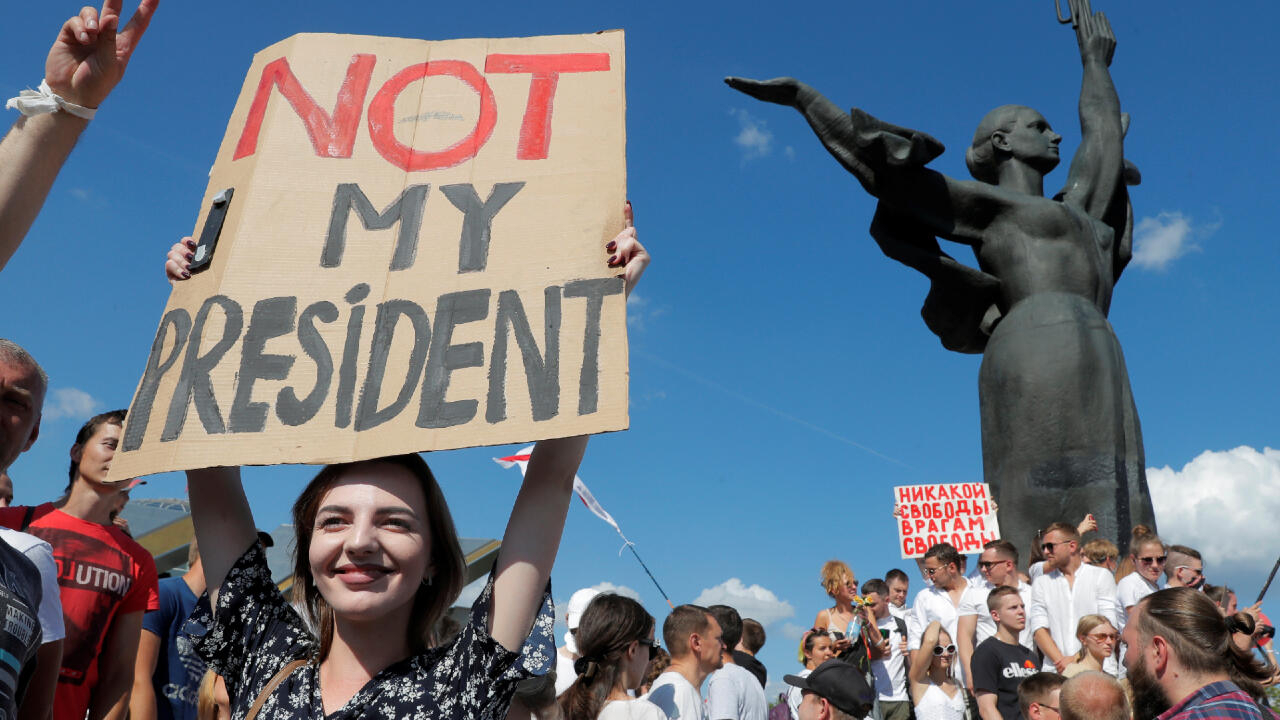 Two leading members of a newly formed opposition council in Belarus were questioned on Friday in a criminal case over what President Alexander Lukashenko describes as an attempt to seize power, while opposition challenger Svetlana Tikhanovskaya called on demonstrators to keep up protests.

Dozens of supporters – many chanting, “One for all, all for one!” – accompanied two leading members of the opposition Coordinating Council, Maksim Znak and Sarhey Dyleuski, as they arrived for questioning at the headquarters of the Investigative Committee in a criminal case accusing the council of trying to seize power.

Znak, a lawyer, said on entering that he feared he might be arrested. But when he emerged later, he said he had “productive discussions” and would get back to work.

The council was launched this week with the self-described aim of negotiating a transfer of power in Belarus. It includes an array of public figures including a Nobel Prize-winning author and the ousted head of the country’s main drama theatre.

The latest local hero to desert Lukashenko was Vadim Devyatovsky, an Olympic silver medallist previously prominent as a supporter, who wrote on Facebook that Lukashenko was “not my president”.

The questioning came as Belarusian opposition challenger Svetlana Tikhanovskaya on Friday voiced defiance in her first public comments since fleeing to Lithuania.

“They can never forgive and forget all the violence that our citizens have suffered,” she said.

Tikhanovskaya, a political novice who only put forward her candidacy when her blogger husband was arrested ahead of the vote, also told reporters she loved her homeland and planned to return “when I feel safe there”.

“It should be clear to the president that there is a need for change. I hope that good sense prevails and the people will be heard and there will be new elections,” she said, declining to comment on whether she would be a candidate in any fresh vote.

‘Our mission to step over all our fears’

A nervous-looking Tikhanovskaya also refused to answer questions about her own safety or about what compelled her to leave Belarus in the aftermath of the election.

“As for threats, you know I don’t think I would like to discuss this question now,” she said in English.

“Every person in our country feels fear and is scared now, but it’s our mission to step over all our fears and move further.”

Supporters and the Lithuanian government have said she had little choice but to leave after coming under intense pressure from the authorities during a meeting at the Central Election Commission in Minsk.

The strongman claimed a sixth term with 80 percent of the vote in the poll.

The EU has rejected Lukashenko’s re-election and is planning sanctions against those it holds responsible for violence against protesters.

Lukashenko said on Friday he would resolve the political crisis “in the coming days”.

He also accused the US of “directing” the anti-government protesters in order to create a buffer zone with Belarus, the three Baltic states and Ukraine between Russia.

Asked about Russian support for Lukashenko, Tikhanovskaya said: “I call on all countries of the world to respect the sovereignty of the Republic of Belarus.”