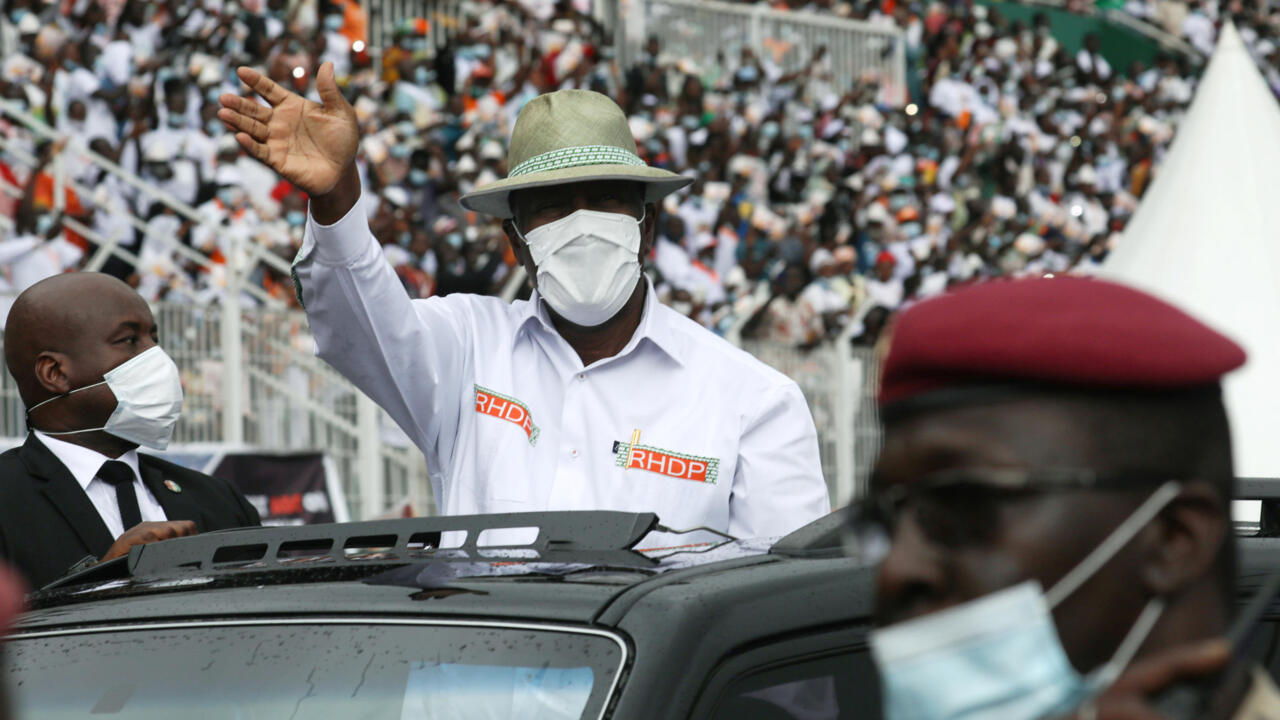 Ivory Coast President Alassane Ouattara was formally chosen by his party Saturday to run for a third term in an October election, despite opposition charges it is unconstitutional. The decision came hours before election authorities rejected the candidacies of the former president, Laurent Gbagbo, and ex-rebel leader Guillaume Soro.

Ouattara, who has been in power since 2010,  said in March that he would not stand again but changed his position after the death of prime minister Amadou Gon Coulibaly — seen as his anointed successor — in July.

Outtara’s decision to contest a third term in October has already triggered outrage among opposition and civil society groups, who labelled it a “coup” that risked triggering chaos.

Gbagbo and Soro had appealed to the Independent Electoral Commission (CEI) against a decision to not include them in electoral lists for the ballot.

“The decisions have been posted since the 18th, the CEI has not granted their requests,” Inza Kigbafori, the CEI communications manager, told AFP.

Tensions ahead of October vote

The shock news heightened tensions before October 31 vote, which takes place in the shadow cast by violence following 2010’s election that killed around 3,000 people.

Gbagbo was freed conditionally by the International Criminal Court (ICC) after he was cleared in 2019 of crimes against humanity.

His return to Ivory Coast would be sensitive before the presidential election. His Ivorian Popular Front (FPI) party urged him to throw his hat in the electoral ring.

Soro, a former rebel leader, has been forced into self-imposed exile in France in the face of a long list of legal problems at home.

He was a leader in a 2002 revolt that sliced the former French colony into the rebel-held north and the government-controlled south and triggered years of unrest.

He was once an ally of Ouattara, helping him to power during the post-election crisis in 2010. The two eventually fell out.