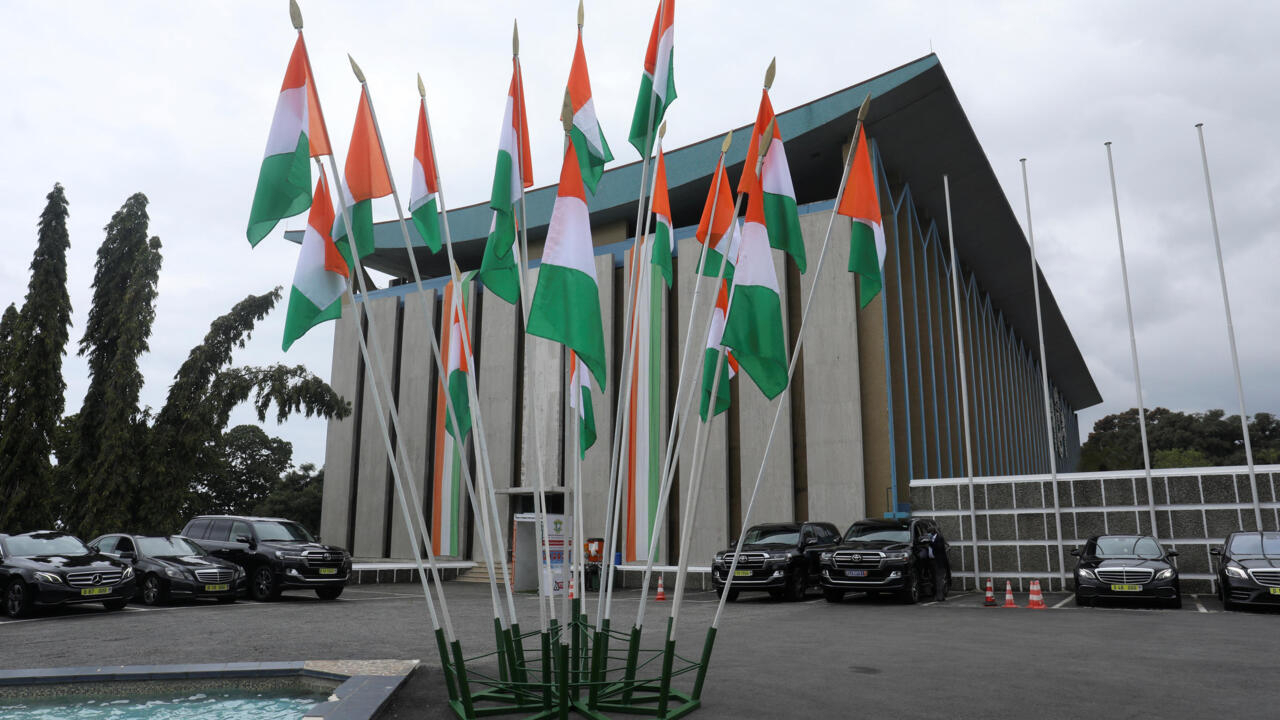 Ivorian President Alassane Ouattara’s recent announcement that he is standing for re-election in the October 31 poll has renewed fears of unrest in a country that’s no stranger to electoral violence. But have the times and the political players changed in the West African nation?

In 2010-11, Ivory Coast was plunged into a bloody post-electoral crisis that claimed more than 3,000 lives. Death squads roamed the economic capital of Abidjan. Mass graves were dug and promptly filled.

The violence was triggered by a contested presidential election result. The country’s then president, Laurent Gbagbo, declared victory in the second round, as did his main challenger, Alassane Ouattara. Neither was willing to back down.

The crisis culminated in Gbagbo’s arrest by French-backed pro-Ouattara forces in April 2011. Ouattara was sworn into office one month later, while Gbagbo was sent to the International Criminal Court (ICC) on charges of crimes against humanity.

A decade on, Ouattara is still in office. He is running for a third term as head of state even though the constitution limits the presidency to two.

The government has defended this decision by arguing that the term count should be reset to zero, given that the constitution was reformed in 2016. Ouattara’s decision has already led to widespread unrest and clashes between security forces and demonstrators, resulting in at least six deaths so far. With elections scheduled for October 31, a number of outcomes are possible.

Ouattara has many things going for him in this election. In his decade in office, he has presided over an economy that has grown by more than 7 percent annually. While not everyone has enjoyed the fruits of this growth, significant numbers of people have been lifted out of poverty and the country has enjoyed a period of relative stability.

Ouattara’s nemesis, Laurent Gbagbo, remains stuck in Belgium facing an appeal at the ICC and criminal charges in Ivory Coast. Guillaume Soro, another high-profile potential rival, has been living in exile in France since December 2019.

From 2005-2018, the PDCI formed a coalition government with Ouattara’s Houphouetists Rally for Democracy and Peace (RHDP). This helped Ouattara win a landslide victory in the 2015 presidential election with more than 80 percent of the vote. This alliance has since unravelled and many PDCI members defected to the ruling RHDP, limiting its potential as an opposition party.

“There are some who are for Henri Konan Bédié and others who are for Ouattara. Bédié is weakened by this division,” says Ousmane Zina, a lecturer in political sciences at the University of Bouake.

The FPI meanwhile was once a pre-eminent political force in Ivory Coast. With Gbagbo at the helm, it governed the country from 2000-2010. But since its founder’s forced exile, the party has been split between the official wing and the so-called “Gbagbo or Nothing Wing”, who have already boycotted all elections since Gbagbo left. The official FPI party only won 9.3 percent of the votes in the 2015 presidential election.

In 2019, Bédié met with his former adversary, Gbagbo, bringing the PDCI and the “Gbagbo or Nothing Wing” of the FPI closer together. Both figures have since called on their supporters to collaborate, leaving N’Guessan in a difficult position.

Even if Ouattara does not win an absolute majority in the first round, Zina does not have faith in the PDCI and FPI to unite behind a single candidate in the second.

“For me, the opposition is not very solid. Ouattara could profit from their different positions to conserve power,” he says.

A change of power

Not all analysts agree that Ouattara will have an easy ride to power. Asked whether it will be harder to claim victory this time around, Flan Moquet César, Director of the Abidjan Centre of Political Research, replied: “without hesitation”.

“Ivory Coast is similar to many African countries in that there are political parties who make up their base from particular religious or ethnic groups,” he says. “If the election proceeds along ethnic lines, we can say that it will be difficult for Ouattara to win in the first round. The departure of the PDCI from government has weakened the RHDP.”

Without the backing of the PDCI, Ouattara will likely lose support from much of the country’s Baule population – the largest ethnic group in the country.

But César is keen to point out that while voting along ethnic lines is often a “determinant factor”, it is not “fixed” and that if the election goes to a second round, the opposition will have to push “strong messages to the population, addressing themes such as national reconciliation and outlining the strategies they would use to improve the daily lives of Ivorians”.

“The opposition needs to present itself as a credible alternative,” he says. “There is also the question of personnel. There would need to be a coalition of support behind a candidate that inspires confidence.”

It is too soon to say whether Bédié or N’Guessan are up to the task.

Although there have already been clashes following Ouattara’s decision to stand for a third term, analysts say a repeat of violence on the scale of the 2010-11 post-electoral crisis is unlikely.

“While some of the political actors are still there, the environment is completely different,” says César.

Prior to the 2010 elections, the country was effectively split in two as a result of civil war: the rebel-held North and the government-controlled South. After Gbagbo repeatedly delayed the elections, the stage was set for a crisis.

Zina thinks that power has become more centralised since 2010. There is no large armed rebel faction to fight against. But this does not completely rule out the possibility of unrest.

“The political and social polarisation that we have today in Ivory Coast means there will undoubtedly be some moments of tension. But these will be quickly defused. There will be fighting in the street, but not a big conflict engulfing the whole country,” he says.

There are no signs that the global pandemic could delay the election. Case numbers remain relatively low and the death toll sits at just over 100.

But the ruling party have already used the pretext of the Covid-19 induced state of emergency to officially ban public protests until mid-September. “The powers in place will play with Covid-19 in an electoral context,” says Zina.

It is worth noting that the three main candidates running for election have an average age of 77, placing them in the vulnerable population category.