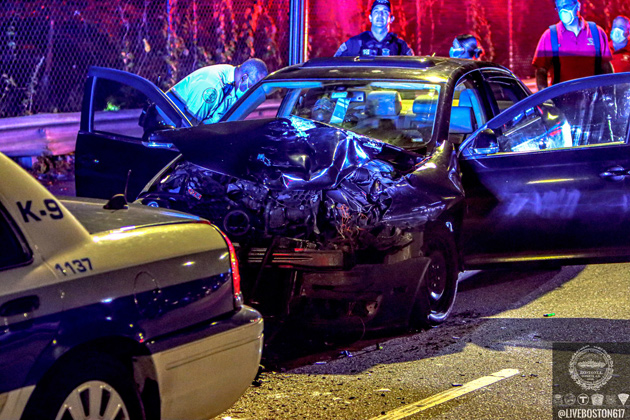 A man who served time for severely beating his girlfriend was arrested on Seaver Street this morning after he allegedly slammed into a K-9 cruiser.

In 2011, Norwood pleaded guilty in New Hampshire to beating his girlfriend – who died five months later – in front of her three-year-old daughter. Norwood had initially been facing charges that could have landed him behind bars for up to 60 years; in recognition of the plea, the judge in the case sentenced him to 3 to 8 years.

Live Boston reports Norwood had a GPS ankle bracelet this morning, possibly as a condition of his bail while he awaits trial for an incident last year at a Boston University convenience store, during which he allegedly stabbed a man in the arm.