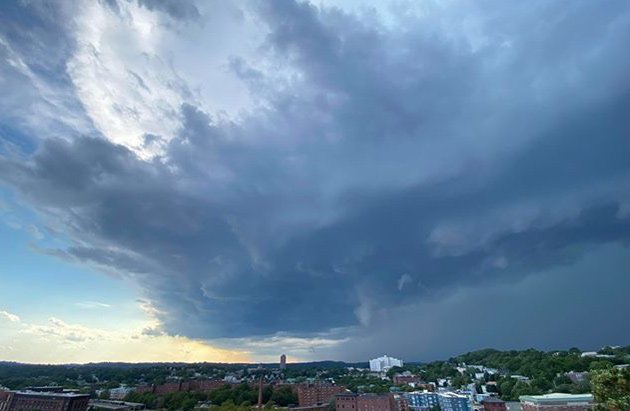 Evan Stark captured the storm moving in over Jamaica Plain, just before the skies opened up this afternoon:

Emily Murphy, meanwhile, looked out over downtown Boston around 4:45 p.m.: 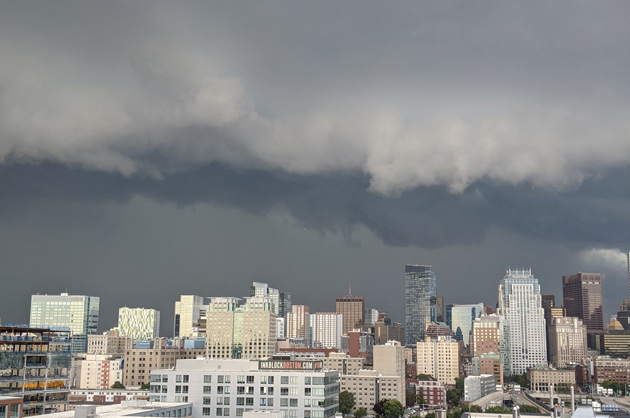 Around the same time, an oculus appeared over Cutler and Millennium parks along the Charles River, where West Roxbury, Dedham and Needham meet: 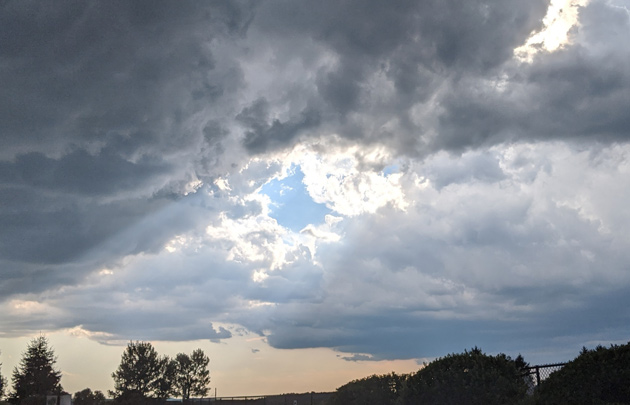 Steve H. reports lightning hit a house at 21 Munroe St. in Somerville around 5:15 p.m. and that fire crews from Somerville, Cambridge and Boston responded.