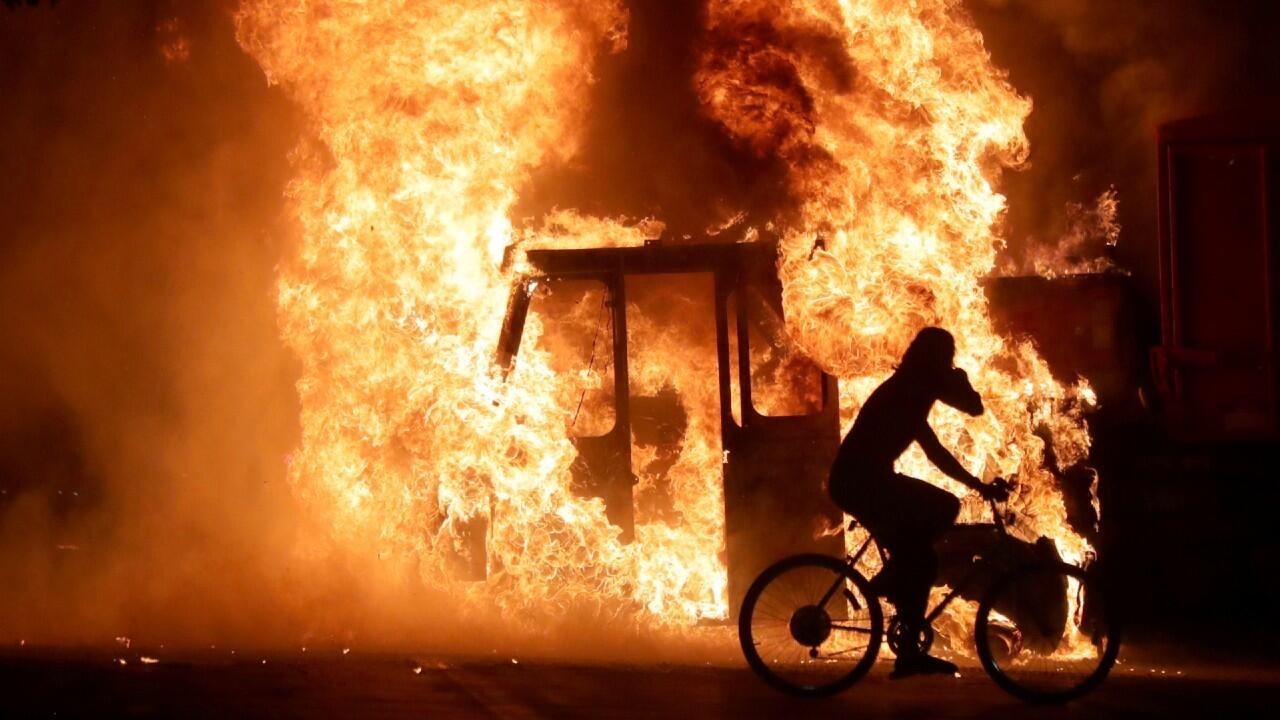 A police officer shot a Black man in the back multiple times in Kenosha, Wisconsin on Sunday, a bystander’s video appeared to show, prompting a night of unrest during which protesters hurled firebombs at law enforcement officers.

The victim, identified as 29-year-old Jacob Blake, was taken to a hospital in serious condition after the shooting late Sunday afternoon.

Crowds gathered at the scene, set fires and threw bricks and Molotov cocktails at police, prompting authorities to impose a curfew. On Monday morning Kenosha County announced on Twitter that its courthouse and administration building would be closed due to damage caused during the previous night’s unrest.

⚠️ The Kenosha County Courthouse and Administration Building will be closed to the public today—Monday, Aug. 24—due to damage sustained during last night’s civil unrest. Court hearings will not be held today, but other county services will remain available online or by phone.

A video circulating widely on social media showed Blake walking toward a car followed by two officers and one of them shooting him as he opens the car door.

The incident followed nationwide protests this summer over the May 25 death of George Floyd, a 46-year-old Black man, after a white Minneapolis police officer knelt on his neck for nearly nine minutes.

“Tonight, Jacob Blake was shot in the back multiple times, in broad daylight,” Wisconsin’s Democratic governor, Tony Evers, said in a statement. “While we do not have all of the details yet, what we know for certain is that he is not the first Black man or person to have been shot or injured or mercilessly killed at the hands of individuals in law enforcement in our state or our country.”

Tonight, Jacob Blake was shot in the back multiple times, in broad daylight, in Kenosha, Wisconsin. Kathy and I join his family, friends, and neighbors in hoping earnestly that he will not succumb to his injuries.

Social media posts showed crowds marching down streets of Kenosha, a city of around 100,000 people on Lake Michigan about 65 miles (100 km) north of Chicago.

The shooting occurred around 5 p.m. as officers were responding to what they termed a “domestic incident.” The victim was immediately taken to a hospital by the police, according to a Kenosha Police Department statement. No further explanation was given by the police as to what led to the shooting.

Officers involved in the shooting have been placed on administrative leave, the Wisconsin Department of Justice said early on Monday.

The state’s Division of Criminal Investigation said it would work to issue a report to prosecutors within 30 days.

“We’re tired of it. … We’re tired of it,” Clyde McLemore, identified by a local Kenosha television station as a member of a nearby chapter of the Black Lives Matter movement, said at the scene. “The frustration is boiling to the top, and we’re sick and tired.”