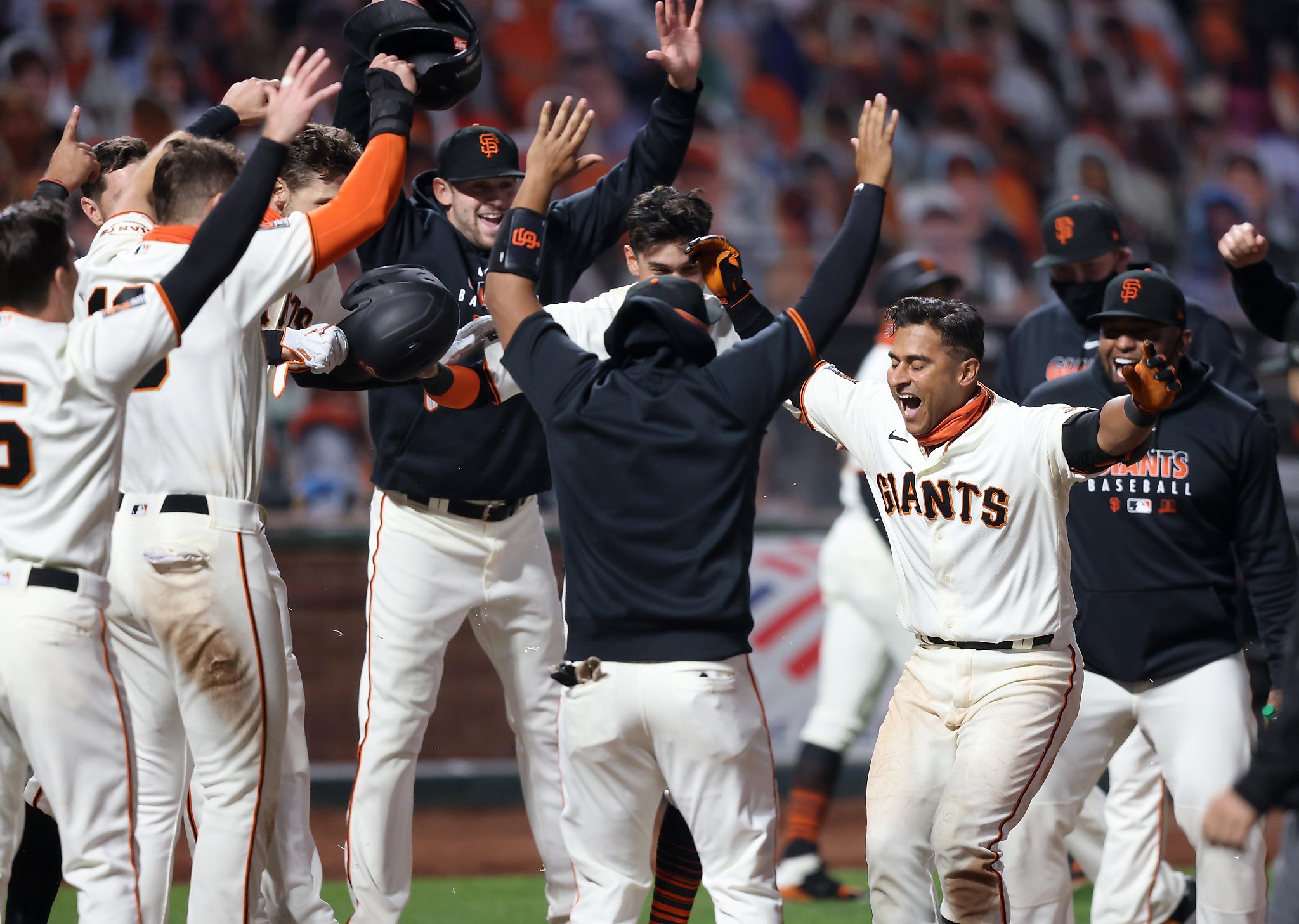 Somehow, some way, the San Francisco Giants are on a seven-game win streak, and have a very real chance at a playoff berth in this pandemic-altered season.

Yes, really: The 15-16 Giants could easily find themselves in the postseason thanks to a rule change that allows for eight teams from each league to make the playoffs this year, in addition to the fact that only two teams in the NL West are currently above .500.

On Tuesday night, San Francisco pulled off its most dramatic victory of the winning steak, a 10-8, 11-inning thriller against the Los Angeles Dodgers that concluded with a walk-off homer by second baseman Donovan Solano. At the moment, the Giants have the eighth-best record in the NL, meaning they’d qualify for a Wild Card spot.

The Giants’ good fortune is far from guaranteed to last, given that their roster still appears to be average-to-below-average, manager Gabe Kapler is prone to making confounding decisions in critical moments, and a bunch of NL teams have a similar record. But hey, the Giants’ playoff odds on ESPN, FiveThirtyEight and FanGraphs can no longer be ignored, and far exceed their ESPN preseason odds of 12%, so if you want to bask in some (perhaps temporary) good news, read on:

If the statistical models for these three sites are to be believed, the Giants actually have a better chance of making the playoffs than the Golden State Warriors did of landing a top-two pick (26.1% chance) in the 2020 NBA Draft — a pick the Warriors ended up securing in the lottery last week.