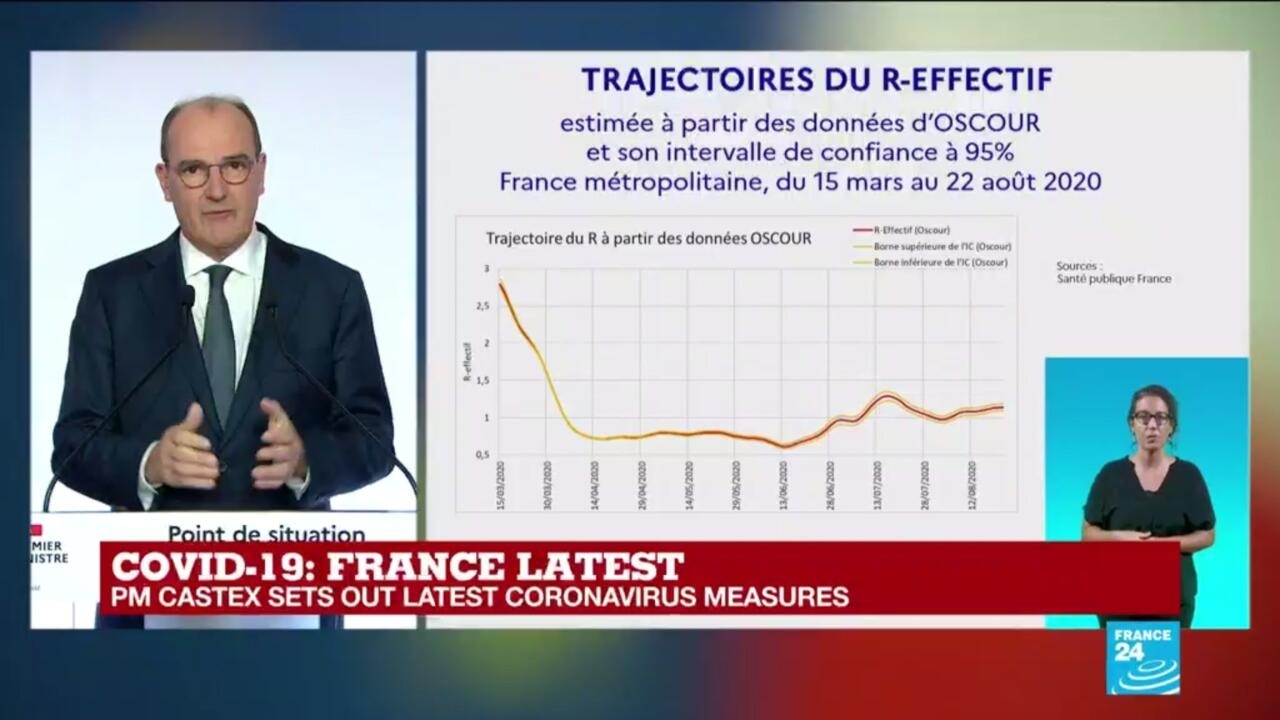 France is to order the mandatory wearing of face masks across Paris to curb surging coronavirus infections, Prime Minister Jean Castex said on Thursday, warning that the outbreak could spiral out of control if swift action is not taken.

“The virus is spreading all over the country,” Castex told a news conference, flanked by his health and education ministers. “The spread of the epidemic could become exponential if we do not react quickly.”

The reproduction “R” number of infections in France has risen to 1.4, Castex said, meaning that every 10 people with the virus will infect another 14. An R number above 1 can lead to exponential growth.

France made it compulsory to wear a face mask in closed public spaces such as shops and banks on July 21, and in early August it became compulsory outdoors in crowded parts of the capital, including the Sacre Coeur basilica of Montmartre.

A Paris City Hall spokesman said the decision to extend the order city-wide was taken by the government and that it was not yet clear when it would take effect.

Castex, who oversaw France’s emergence from lockdown before his appointment as premier in July, has said life must go on but that France will not let down its guard as scientific advisers warn of a second wave hitting in the autumn.

France reported 5,429 new daily infections on Wednesday, a new post-lockdown high and a level not seen since the height of the epidemic in early April.

Infections were rocketing among young people, Castex said, as he urged grandparents not to pick up their grandchildren from school when the academic year begins on Sept. 1.