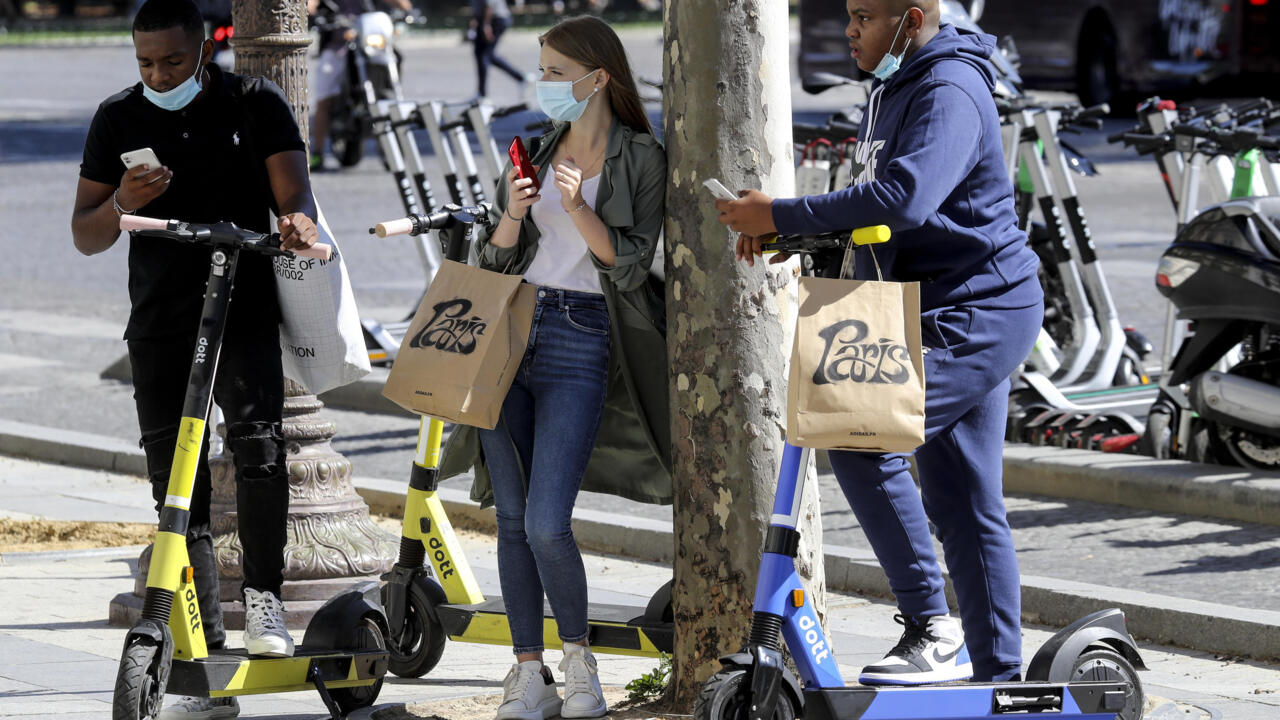 Face masks are now compulsory throughout Paris – with the rule coming into effect at 8 am local time on Friday morning – as French authorities try to combat a resurgence in Covid-19 cases.

The measure applies to all pedestrians, cyclists and those riding electric scooters in the French capital and three neighbouring departments – except children under 11 and people carrying out physical exercise, whether running or cycling. Anyone caught breaking the new rule will face a €135 fine. Motorists will not have to wear a mask inside their car.

Previously the mask order only applied to some areas of the city.

Announcing the tightened mask rules on Thursday, Prime Minister Jean Castex said 19 departments had been added to a map with “red” zones of active virus circulation, meaning 21 of mainland France’s 94 departments are now classified as such.

There was an “undeniable resurgence” of the Covid-19 epidemic throughout France, Castex told a news conference, with 39 positive tests per 100,000 population — four times the level of a month ago, and rising in all age groups.

The “positivity rate” — the percentage of tests that come back positive — was up from one percent in May to 3.7 percent today, and the so-called “R” rate of viral transmission is now 1.4 nationwide, meaning 10 infected people are infecting 14 others on average.

More than 800 coronavirus patients are being admitted to hospital on average each week, up from 500 six weeks ago, the prime minister said.

“The epidemic is gaining ground, and now is the time to intervene” to curb exponential infection growth, he said.

Castex announced that Paris, one of the 21 zones with active virus circulation, will make face masks compulsory throughout the city.

The city council later said the measure would come into effect at 8:00 am on Friday for Paris and its near suburbs, for pedestrians, cyclists and kick-scooter users alike.

The city also announced that an exemption allowing cafes and restaurants to place tables and chairs outside on the pavement will be prolonged to June next year as many people avoid enclosed dining rooms, provided these terraces close at 10:00 pm.

Masks are already obligatory on public transport nationwide and in most enclosed public spaces, including the workplace.

In Paris the move, which was announced suddenly and took many by surprise, had a mixed reaction.

“It is already difficult to breathe! In public transport I can understand, but I do not think that the virus wanders around in the air like that”, said Marietha Adhot, smoking a cigarette leaning against a wall.

Sylvie Soufir however argued that the government “should have done it a long time ago”.

“I think they waited until summer had passed, perhaps to let tourists and people spend,” she said.

On Tuesday, the Mediterranean port city of Marseille — also in a red zone — made masks compulsory in public places throughout the city, including outdoors, and announced bars and restaurants would close every day at 11:00 pm.

Castex said the government would do everything in its power to avoid issuing new nationwide stay-at-home orders, but the possibility could not be excluded entirely and localised lockdowns may be on the cards.

Some “relaxation” in French society appears to have contributed to the post-lockdown infection rise, he said.

The rate of infection increase was particularly high among people aged 20 to 30.

Castex said the situation was not yet “serious”, with the virus incidence rate still 20 times lower today than it was at the peak of the epidemic, when there were an estimated 1,000 cases per 100,000 of the population.

The outbreak has claimed over 30,500 lives in France.

Masks will become obligatory for all children over 11 when they return to school next week after the summer holidays, including in the playground, Education Minister Jean-Michel Blanquer announced Thursday.

Organisers of the Tour de France, meanwhile, said the start of the famous bike race in the southern city of Nice Saturday, will be witnessed by only a few dozen spectators as the region was classified among the Covid-19 red zones.