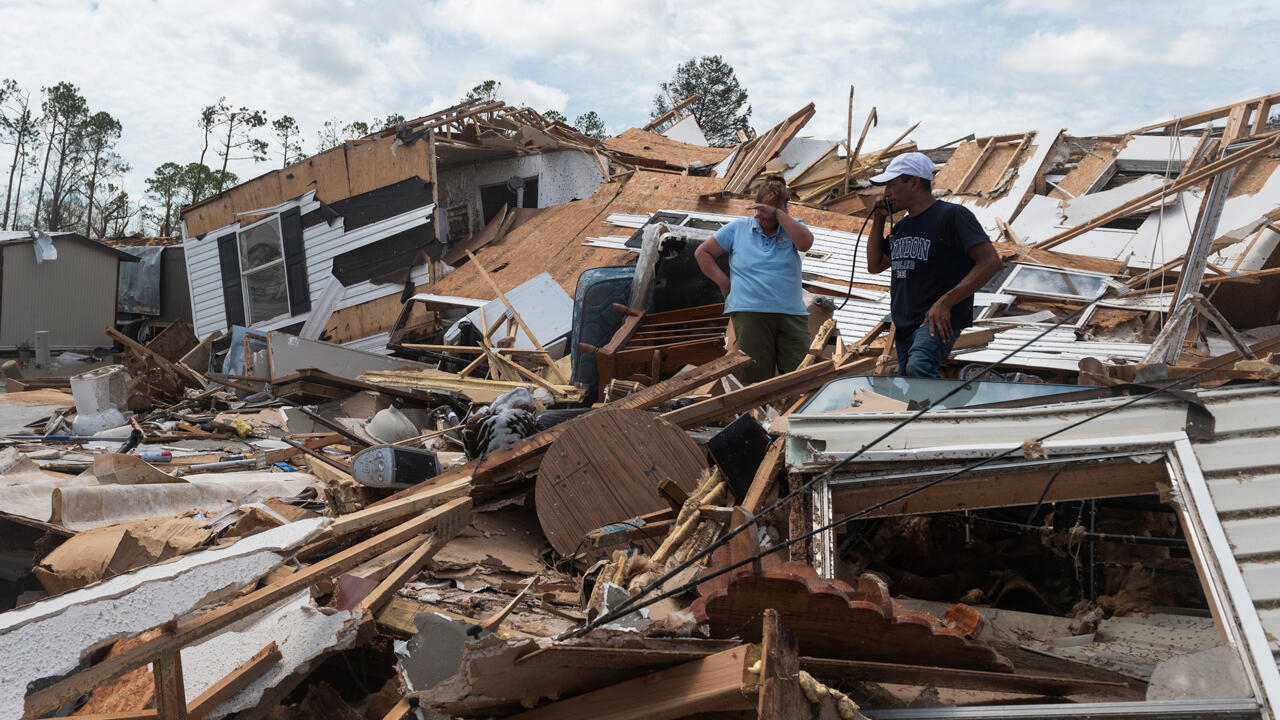 Hurricane Laura ripped through Louisiana on Thursday, killing four people who were crushed by falling trees and igniting a chemical plant fire that continued to send a chlorine-infused plume of smoke skyward 15 hours after landfall.

Laura caused less mayhem than forecasts predicted — but officials said it remained a dangerous storm and that it would take days to assess the damage. At least 867,000 homes and businesses in Louisiana, Texas and Arkansas remained without power on Thursday afternoon.

“This was the most powerful storm to ever make landfall in Louisiana,” Governor John Bel Edwards told a news conference.  “It’s continuing to cause damage and life-threatening conditions.”

The National Hurricane Center (NHC) said Laura’s eye had crossed into southern Arkansas late Thursday afternoon and was heading to the northeast at 15 miles per hour (24 kph). The storm could dump 7 inches of rain (178 mm) on portions of Arkansas, likely causing flash floods.

Laura’s howling winds leveled buildings across a wide swath of the state and a wall of water that was 15 feet (4.6 m) high crashed into tiny Cameron, Louisiana, where the hurricane made landfall around 1 a.m.

A calamitous 20-foot storm surge that had been forecast to move 40 miles (64 km) inland was avoided when Laura tacked east just before landfall, Edwards said. That meant a mighty gush of water was not fully pushed up the Calcasieu Ship Channel, which would have given the storm surge an easy path far inland.

Tropical-force winds were felt in nearly every parish across Louisiana — and Edwards warned that the death toll could climb as search and rescue missions increase.

A 14-year-old girl in Leesville, Louisiana, died when a tree fell on her house, a spokeswoman for Edwards said. The governor said at least three other people were killed by trees falling on structures elsewhere.

A chemical plant caught fire in Laura’s wake on Thursday morning in Westlake, Louisiana, 4 miles west of Lake Charles, sending thick black smoke billowing into the sky over the wind-torn landscape near Interstate 10.

Edwards warned residents in the area to shelter in place, close doors and windows and turn off air conditioners as authorities investigated. Traffic was blocked on the interstate and Highway 90.

Residents of Lake Charles heard Laura’s winds and the sound of breaking glass as the storm passed through the city of 78,000 with winds of 85 mph and gusts up to 128 mph in the hour after landfall.

National Guard troops cleared debris from roads in Lake Charles on Thursday afternoon. There were downed power lines in streets around the city, and the winds tipped a few semi-trucks onto their sides.

The windows of the city’s 22-storey Capital One Tower were blown out, street signs were toppled and pieces of wooden fence and debris from collapsed buildings lay scattered in the flooded streets, video footage on Twitter and Snapchat showed.

Lake Charles resident Borden Wilson, a 33-year-old pediatrician, was anxious about his return home after evacuating to Minden, Louisiana.

“I never even boarded up my windows. I didn’t think to do that. This is the first hurricane I’ve experienced. I just hope my house is fine,” he said in a telephone interview.

In the small town of Starks, about 25 miles northwest of Lake Charles, pine trees strewn across roads and homes were the biggest challenge in cleaning up.

Rev. Karl Smith carefully inspected the damage done to buildings around his First Pentecostal Church. He rode out the storm in the cellar of his house — and had to cut through trees so that he and his wife could get out.

Laura rapidly weakened to a Category 1 storm on Thursday morning with maximum sustained winds of 75 mph, and has since become a tropical storm.

The NHC warned that high water levels would persist along the Gulf Coast for several hours as Laura moved north and then northeast.

Besides threatening life, the storm slammed the heart of the US oil industry, forcing oil rigs and refineries to shut down production.

The Port of Lake Charles remained closed as workers were unable to enter or exit the facility due to downed power lines and trees.