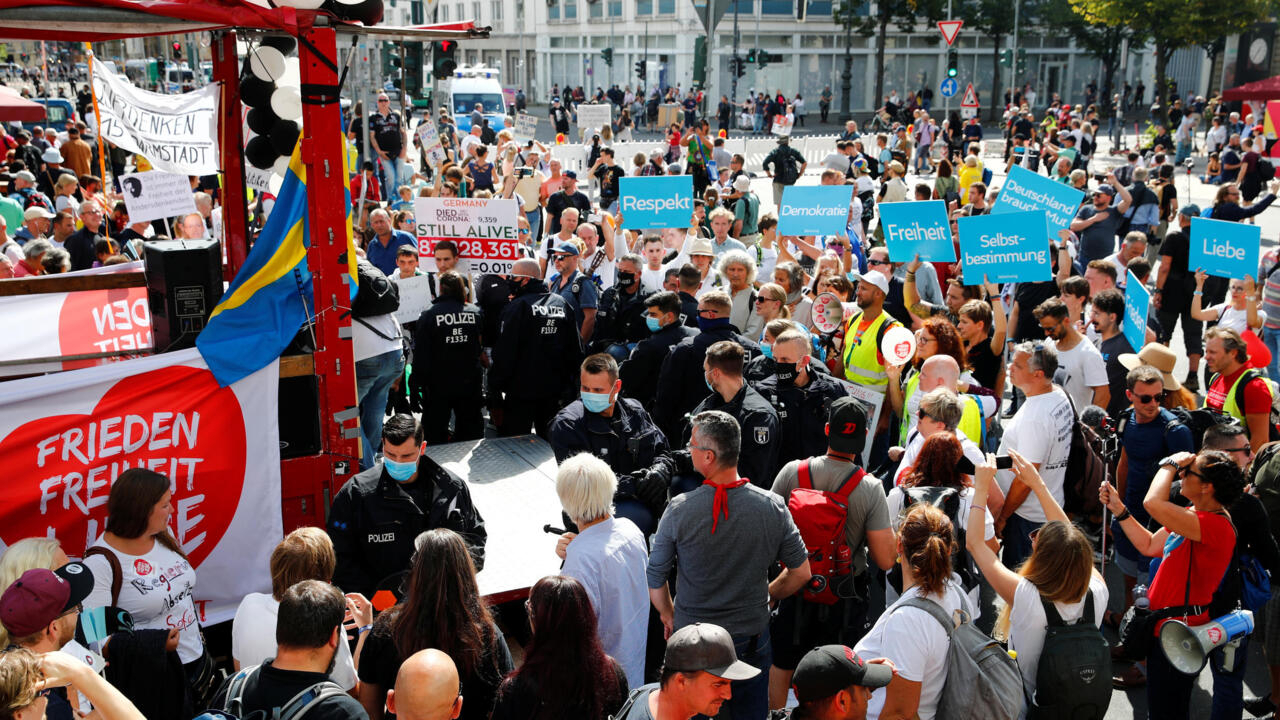 Berlin police on Saturday disbanded a mass protest in the German capital against coronavirus curbs a few hours after it had begun after marchers failed to heed their orders to keep their distance and wear masks.

The protest came as infections rise across Europe, with similar protests during the day in Paris and elsewhere.

“Unfortunately, we have no other option,” Berlin police said on Twitter. “All the measures taken so far have not led to compliance with the conditions.”

A police spokesman said the protesters were dispersing peacefully, though the police also reported on Twitter pockets of disturbance, such as a construction container fire and blocked roads.

Police, who deployed 3,000 officers to control crowds estimated at 18,000, had been preparing for possible violence as activists opposed to the virus measures urged social media followers across Europe to arm themselves and gather in Berlin.

Earlier this week the city banned the protest but a German regional court overnight gave the final go-ahead by overruling the earlier decision.

Activists, angered by the city’s attempt to ban their protest after demonstrators at a previous rally failed to wear masks or keep their distance, flooded the city with thousands of applications for additional protests this weekend.

Until now Germany has managed the coronavirus crisis better than many of its European counterparts, with rigorous testing helping to hold down infections and deaths.

But new daily infections have accelerated in recent weeks, as in much of the world.

On Friday, Chancellor Angela Merkel urged citizens to keep up their guard against the virus.

“This is a serious matter, as serious as it’s ever been, and you need to carry on taking it seriously,” she said.

Protesters had gathered before the Brandenburg Gate in central Berlin ahead of Saturday’s march with signs reading “Stop the corona lies” and “Merkel must go”.

About two hundred anti-mask activists held a rally in Paris to protest against sanitary measures with slogans such as “No to the health dictatorship” and “Let our children breathe”.