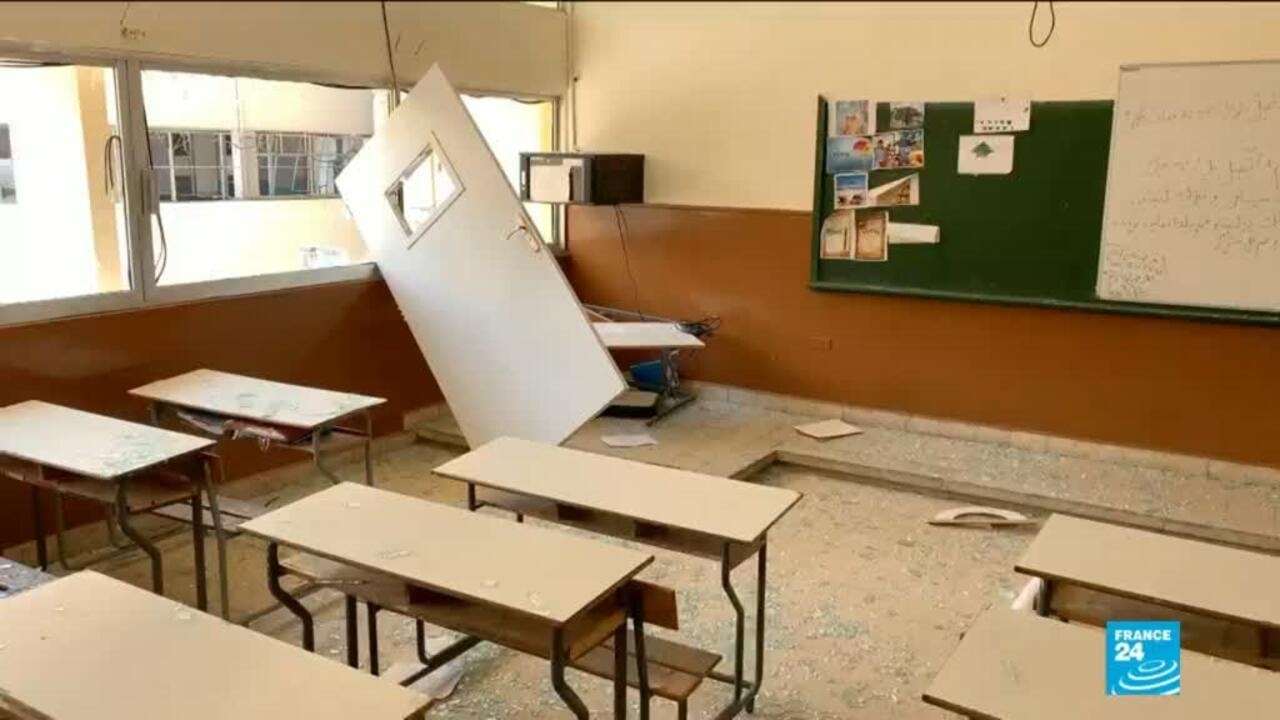 Many Beirut schools won’t be ready to open in time for the new school year, having suffered extensive damage from the double explosion at the city’s port in early August. FRANCE 24’s correspondents bring us a special report from the Lebanese capital.

The public school in Ashrafieh, a historic neighborhood near Beirut’s port, has known its share of difficulties. Facing budget cuts and a shortage of teachers, it has been forced to shut five classes in recent years.

Now, its physical structure is in peril, too. The twin explosions in the city’s port on August 4 knocked out doors and windows, and left the walls themselves at risk of collapsing. Lebanese schools are set to reopen in late September, but here, as at dozens of schools damaged by the port blasts, rebuilding has yet to even begin.

Altogether, some 85,000 students in the Lebanese capital likely won’t be able to return to school next month.

“We are trying to help as best we can, but our capacity is very limited,” outgoing education minister Tarek al Majzoub told France 24. Lebanon was on the edge of bankruptcy even before the port blasts, and Covid-19, struck this year.

UNESCO estimates it would cost some $22 million to repair the dozens of affected schools, and has launched an emergency fundraising campaign.

“Beirut has been hit by disasters in the past, and each time it stood up again,” she told France 24. “Beirut will be reborn once again.”

Click the player above to watch this exclusive report by FRANCE 24’s Thameen Al-Kheetan and Zohra Ben Miloud.