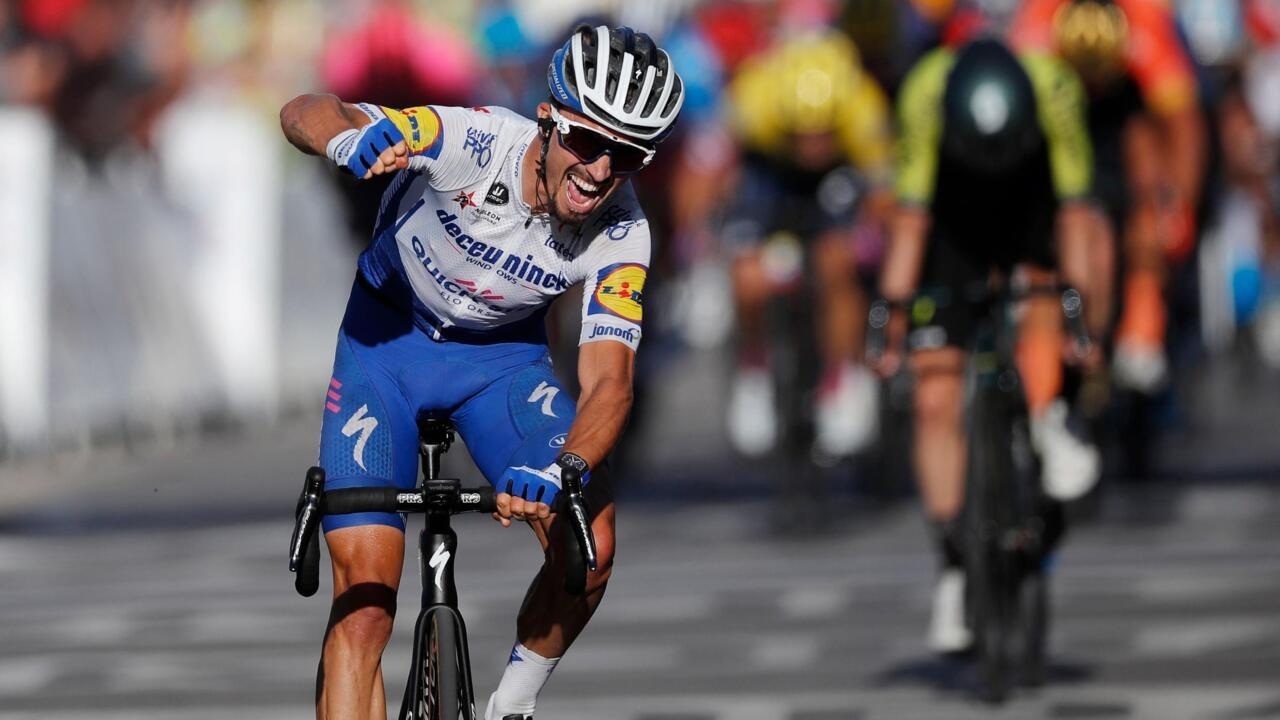 Alaphilippe, who last year wore the coveted jersey for 14 days, kept his cool to prevail in a three-man sprint as the peloton was breathing down their neck.

Dark horse Dani Martinez, of Colombia, lost time after cracking in the last climb of the day shortly after crashing in a descent.