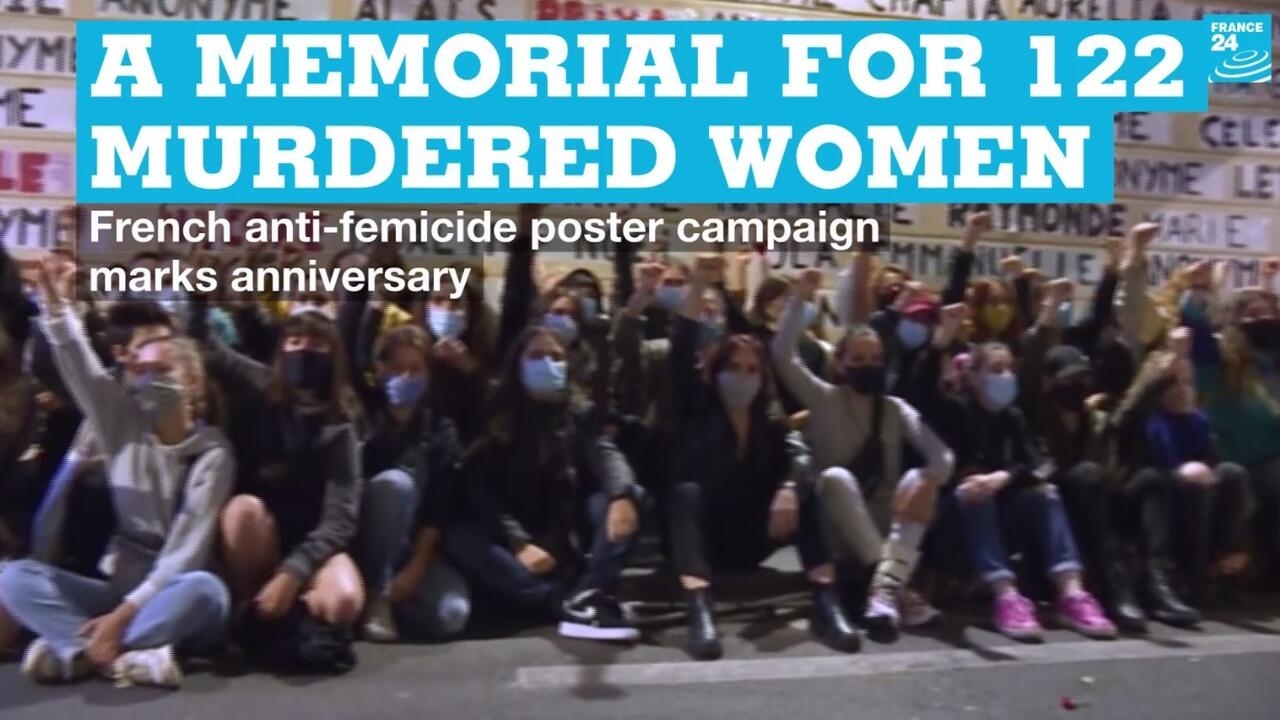 The names of 122 women murdered by men over the past year in France were plastered onto a Paris wall on Sunday night as part of a memorial to mark the first year of a poster campaign that has put the country’s femicide crisis in the spotlight.

The movement, started by a group of activists known “les colleuses” (the gluers), began in Paris in August 2019 and has since seen hundreds of anti-femicide slogans plastered onto walls across the country.

“Maureen, 28-year-old, beaten to death by her boyfriend,” reads one. “She leaves him, he kills her,” says another.

On Sunday, the activists returned to the site of one of their first posters to erect the memorial to the 122 women killed since the movement began.

“We decided to return to this spot where we already put up a first poster in honour of Salomé, who was the 100th woman killed in 2019,” activist Camille Lextray told AFP. “Her name was torn down so we decided to come back here specifically to show that we cannot tear down the names of these women.

France has one of the highest femicide rates in western Europe with 146 women killed by their partner or ex-partner in 2019, according to government figures, an increase of 25 on the previous year.

The French government unveiled measures last year to tackle the issue but campaigners say more needs to be done.

“And once again, we see that the government is talking but not really acting. So what has changed in the past year in concrete terms: nothing. We are still on the ground. What has changed is that people are speaking out, that we refuse to let things go. And we continue to put up posters.”