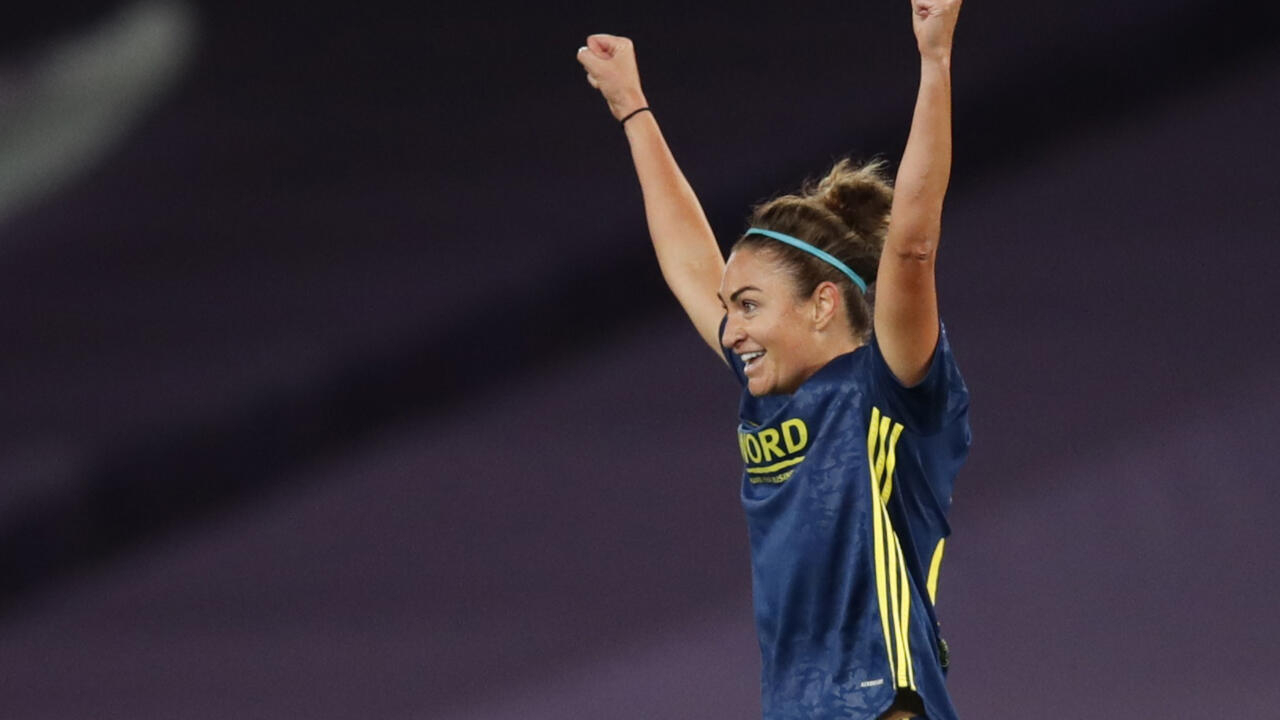 Striker Eugenie Le Sommer scored one goal and made another as Olympique Lyonnais beat VfL Wolfsburg 3-1 to win the UEFA Women’s Champions League for an unprecedented fifth time in a row.

Called up to the starting line-up in place of the suspended Nikita Parris, Le Sommer collected the rebound from her own shot and swept the ball home in the 25th minute to put the French side ahead in San Sebastian.

With Wolfsburg struggling to hold on to the ball, Saki Kumagai struck a hammer blow for Lyon two minutes before halftime with a superb left-foot strike from the edge of the box to make it 2-0.

Alexandra Popp threw the German side a lifeline 10 minutes into the second half, reacting quickest to head Ewa Pajor’s cross into an empty net and spark the game into life again.

Wolfsburg looked much more threatening in the second half as Danish striker Pernille Harder, who is reported to be joining English Women’s Super League side Chelsea this week, caused havoc by dropping deeper to get on the ball.

But despite a much-improved performance in the second half, Icelandic midfielder Sara Bjoerk Gunnarsdottir put the game beyond doubt when she steered home Le Sommer’s shot in the 88th minute to secure Lyon’s fifth successive Champions League.