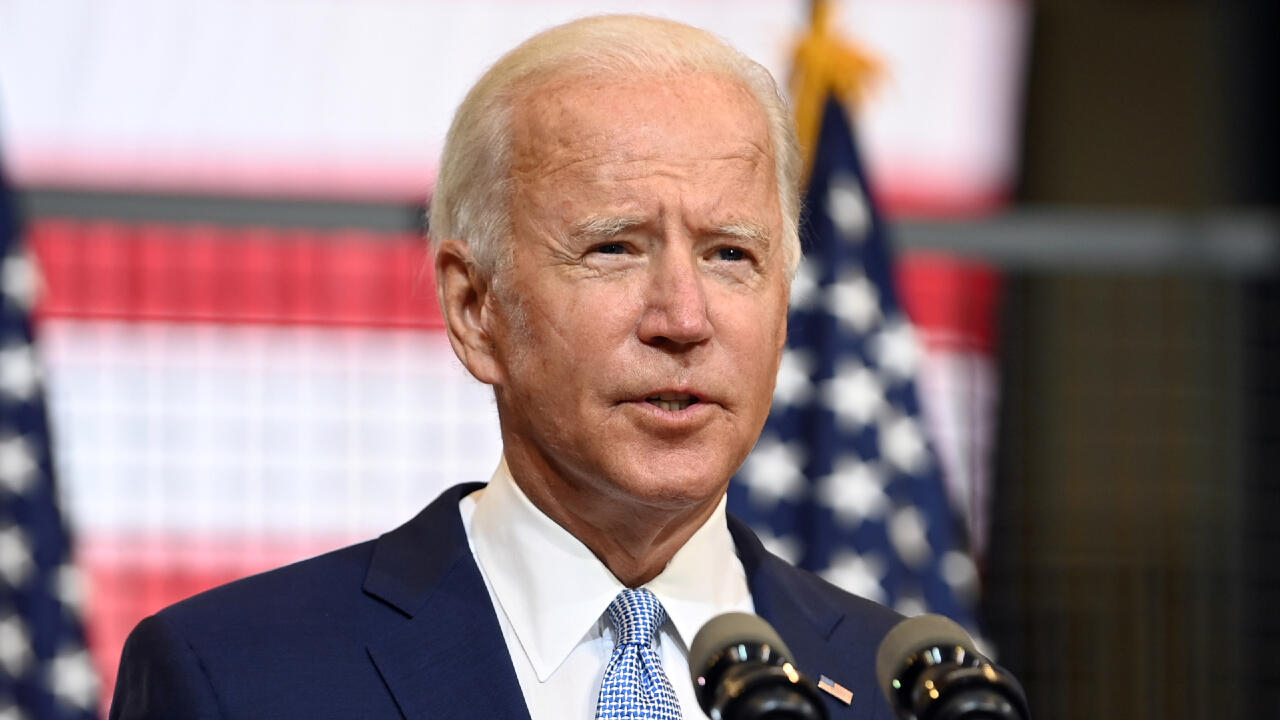 Joe Biden on Monday accused President Donald Trump of fanning the flames of violence as a week of deadly unrest has catapulted law and order to the top of the political agenda barely two months before the US election.

The stakes for Biden could not be higher as he delivered an address in Pittsburgh, in the battleground state of Pennsylvania.

Emerging from months of Covid-19 travel restrictions, Biden finds himself suddenly on the defensive, mocked by Trump as weak in the face of chaotic unrest combining leftist anti-racism protests, riots, deadly shootings and right-wing vigilante actions in Kenosha, Wisconsin, and Portland, Oregon.

With Trump exalting in the shift of debate from his widely panned handling of the coronavirus pandemic to his favoured theme of “law and order,” Biden risks losing the momentum that has put him ahead in the polls for the November 3 vote.

But the 77-year-old Democrat punched back, branding Trump “a toxic presence in our nation” since his inauguration.

“Fires are burning and we have a president who fans the flames rather than fighting the flames,” Biden offered in a stinging rebuke.

While Trump has spent much of the past week warning voters they “won’t be safe” in Biden’s America, the Democrat sought to turn tables on the Republican in his 22-minute speech — delivered in a mostly empty hall due to coronavirus concerns — with the question: “Do you really feel safer under Donald Trump?”

Trump “can’t stop the violence, because for years he has fomented it,” Biden charged.

Trump “may believe mouthing the words ‘law and order’ makes him strong, but his failure to call on his own supporters to stop acting as an armed militia in this country shows you how weak he is.”

Trump, who for months has been trying to downplay the coronavirus crisis and talk up apocalyptic claims of anarchy under Democratic rule, will offer his own perspective Tuesday when he visits the flashpoint of Kenosha.

The city, in one of the most significant states of the electoral map, has been in turmoil since the shooting by a white police officer of an African-American man in front of his children during an arrest this month.

A microcosm of the racial and ideological tensions of the Trump era, Kenosha has seen Black Lives Matter protests, riots, and the arrival of armed, white vigilantes, culminating in an incident where a 17-year-old militia enthusiast allegedly shot dead two people at the protest and badly injured another.

On Saturday in Portland there was another death. A man wearing a cap with the logo of the right-wing group Patriot Prayer was shot as Trump supporters — some armed — made a dramatic show of force in the city, clashing with leftwing groups that have been protesting against the police for weeks.

On Monday Biden offered his strongest yet denunciation of the violence.

Trump’s visit to Kenosha will focus on his message that police are under siege in Democratic-led cities, putting what he calls “suburban housewives” and the “American Dream” in danger.

The president’s spokeswoman Kayleigh McEnany said he currently has no plans to meet with the family of the 29-year-old black shooting victim, Jacob Blake, who has been left paralysed.

“Currently the plans are to meet with local law enforcement and some business owners and he’ll survey the damage,” she told reporters at the White House.

Local elected leaders have pleaded with the president to stay away, according to US media reports.

Over the weekend and continuing Monday, Trump delivered a torrent of tweets pushing his claims about Democratic-run cities in meltdown and offering support for the right-wing militias — including one saying “Rest In Peace” for the victim of Saturday’s Portland shooting.

“The Radical Left Mayors & Governors of Cities where this crazy violence is taking place have lost control of their ‘Movement,'” Trump wrote on Monday.

Biden accused Trump of fear-mongering about unrest while ignoring a convergence of US crises: the pandemic that has left 183,000 Americans dead and an economy battered, racial injustice and “emboldened” white nationalists.

“Mr. Trump, you want to talk about fear? Do you know what people are afraid of in America?” Biden bluntly asked his rival.