World Alzheimer’s Day: The cost of caring for someone with dementia 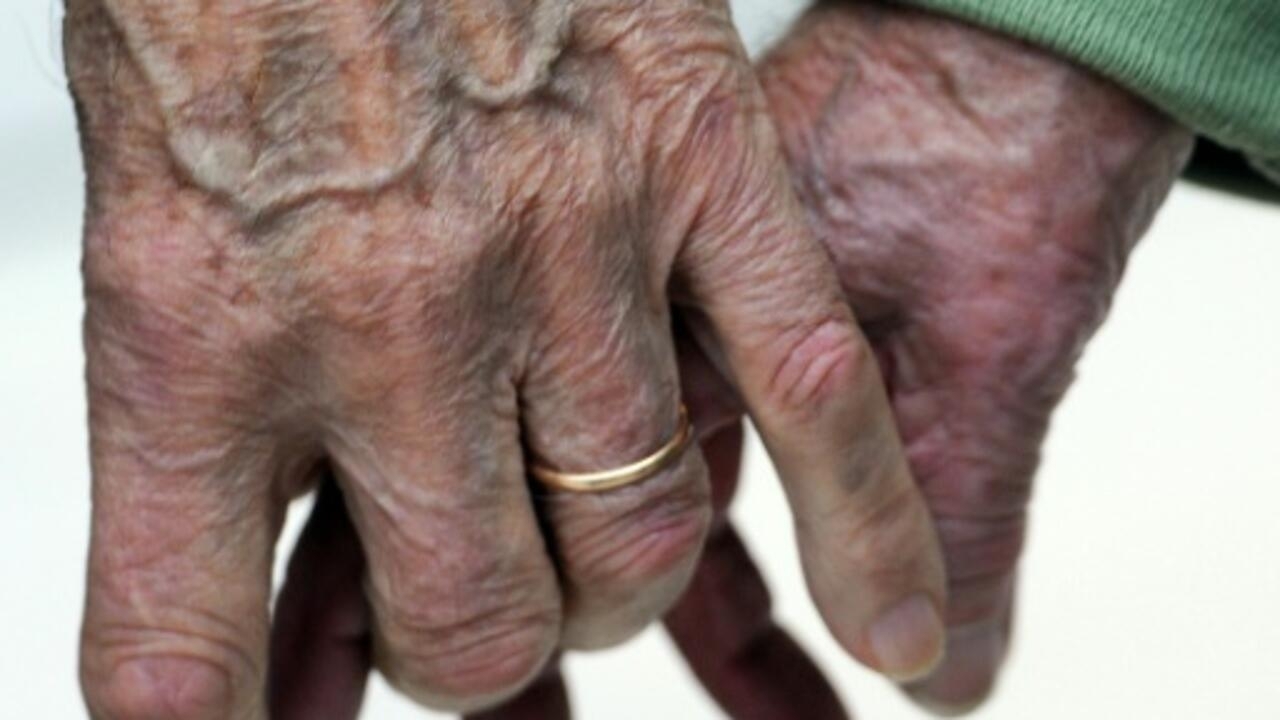 Memory loss, confusion and unpredictable mood swings are just a few of the symptoms that characterise Alzheimer’s. To mark World Alzheimer’s Day on Monday, FRANCE 24 spoke with two people each caring for someone with the disease about how it has transformed their lives.

Alzheimer’s is the most common degenerative brain disease and the leading cause of dementia. In France, there are currently 900,000 people living with it. As the country’s population continues to age, an estimated 225,000 new cases are diagnosed each year.

The way Alzheimer’s slows the brain means that it affects not only the patient but also their loved ones. While some diagnosed with the disease decline quickly, others require long-term care and support.

Overall, some 3 million people were affected by the disease in France in 2020, according to the Alzheimer’s Research Foundation (Fondation recherche Alzheimer). This number includes patients, healthcare professionals and the hundreds of thousands of family members who act as unpaid caregivers.

Here, two people caring for loved ones living with Alzheimer’s share their stories.

Memory loss and difficulty with tasks

Over the last six years, François*, 85, has watched his ability to function gradually decline. His life is punctuated by gaping lapses in memory, which have forced his wife Annie*, 79, to provide him with constant care.

“Today, for example, I asked him to mow the lawn. He’s perfectly capable if I put the lawnmower in his hands, plug it in and turn it on. But it’s utterly impossible for him to do these things on his own,” she told FRANCE 24. “What’s more, it’s difficult for him to grasp how objects work. He wanted to mow the porch, as though the lawnmower were a vacuum cleaner.”

Often characterised by the memory loss it causes, Alzheimer’s disease gradually attacks other areas of the brain, and can affect a patient’s speech, as well as their ability to complete simple daily tasks. This can lead to changes in behaviour, that can sometimes take an aggressive turn.

“Nights are particularly difficult,” Christiane*, 73, who cares for her husband Jean-Pierre*, told FRANCE 24. “He wakes up a lot. Sometimes he yells or falls out of bed, but he doesn’t remember any of it. It’s very disorienting because I never know what to expect.”

“This thing just fell on me so quickly. It was brutal and I wasn’t prepared for it,” Christiane continued.

Her husband was diagnosed this summer after she took him to the hospital because he felt unwell. Since then, his decline has been rapid.

“He can’t go to the toilet by himself anymore, I have to be with him constantly. It’s very difficult. I don’t have any training as a nurse and I lose my patience very easily. My life has become hell,” Chistiane said.

Meanwhile, Annie has had a very different experience with the disease, which has slowly progressed in her husband over the years.

“Before, I didn’t know anything about Alzheimer’s. Now, what surprises me, in our case, is that it is a slow form of agony,” she said. “Of course it’s better for my husband that the disease progressed slowly… But it’s a mental ordeal.”

Like Christiane, Annie often loses patience with her husband. Although it is not unusual for a caregiver to feel this way, according to specialists, it can be hard for them to understand.

“I’m not very likeable, I can’t keep calm, and I can’t control myself in the face of this situation, which is not normal,” Annie said. “It’s stronger than me: I react and then I’m angry with myself. Especially when others are watching. People don’t understand why I’m not more supportive, but it’s hard to let go of everything. They don’t realise how suffocating the situation is.”

A growing sense of isolation

Like many caregivers, Christiane has watched her social life contract following her husband’s diagnosis. A former director of human resources, it has been hard for her to bear.

“In my old life, I went out all the time. I exercised and had volunteer activities,” she said. “Now, I hurry when I go grocery shopping, because I’m afraid something will happen. I’m a caregiver. Some people look at me differently now, they wish me good luck. But I don’t need luck, I didn’t choose this situation. I didn’t have a choice.”

Annie has also watched her contact with the outside world wane over the years. “Our circle of friends has grown smaller because my husband can’t communicate in the same way. Fewer people visit us,” she said. “But what really hurts is the distance with family. I can’t go see my son in [the western French town of] Rennes, because I would have to sleep there, which is completely out of the question.”

While some Alzheimer’s symptoms can be managed with treatment, there is no cure for the disease. As a result, many caregivers feel helpless to stop its progression.

“The lack of options eats away at me. It’s heartbreaking to know there is no hope,” Christiane explained. “I drag my husband from appointment to appointment, even though it doesn’t do anything. It’s a hypocritical system. I am now living from one day to the next, trying to preserve my health. I never took any medication before, but now I can’t sleep without taking something for anxiety.”

‘I’ll have to sell the house’

There are a number of care centres in France that cater to patients who have lost the ability to function independently, and in particular those with Alzheimer’s. For many caregivers, it can be a welcome breath of fresh air. However, they can be prohibitively expensive.

“In my situation, I have to think of what’s coming next and do my accounting,” Christiane said. “A spot in a care facility costs between €2,500 and €3,000 (per month). It’s the equivalent of our entire monthly retirement payments, so I’m going to have to sell our secondary residence. Degenerative disease is the death of inheritance.”

Although Annie has long avoided thinking about it, she is now considering a similar scenario.

“I’ll have to sell the house and live elsewhere. My son is pressuring me to save more money. Up until now, I always tried to maintain a certain form of insouciance. But I’m more stressed this year, I can feel the end is near.”

The average life expectancy for a patient with Alzheimer’s is 10 years after the first onset of symptoms. But the disease doesn’t affect everyone in the same way. While some die quickly, others can live for decades in a total state of dependence.

*Surnames withheld to protect the identity of those interviewed

This article was translated from the original in French.