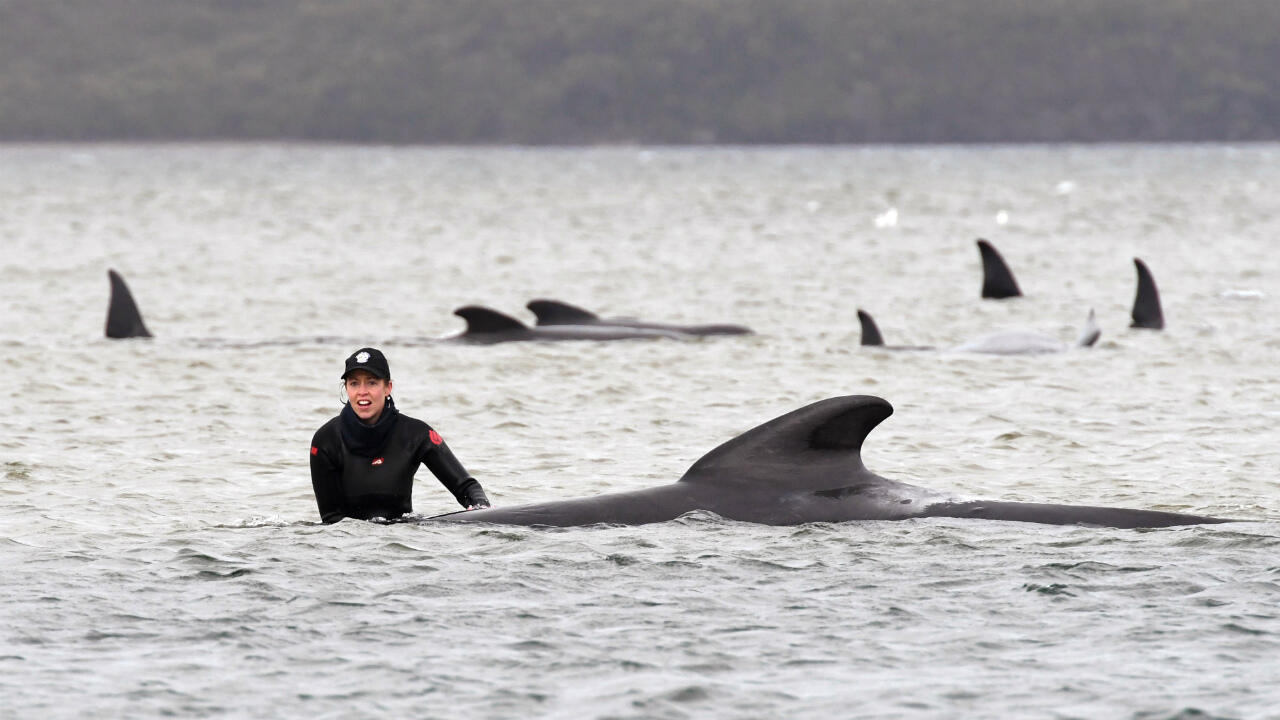 Around one third of an estimated 270 pilot whales that became stranded on Australia’s island state of Tasmania have died, with rescuers managing to return 25 to the sea in an ongoing operation, officials said Tuesday.

The whales were discovered Monday on a beach and two sand bars near the west coast town of Strahan. Sixty people have joined the rescue effort.

“We’ve rescued about 25 at the present time and escorted them out the channel and out to sea and crews are continuing to work, so that number will increase before we get to the end of the day,” Tasmania Parks and Wildlife Service Manager Nic Deka told reporters late Tuesday afternoon.

Wildlife biologist Kris Carlyon said progress would be slow. “We’ll take the animals with the best chance to start with and the ones that we are able to deal with,” he said.

About one third of the whales had died by Monday night and most were inaccessible by boat, Carlyon said.

He also said that pilot whales are a robust species and the survivors have a chance of lasting several days if the weather stays cool.

Tasmania is prone to whale strandings, but this is the largest mass stranding on Australia’s most southern state in years.

Authorities do not know why the whales became stranded.