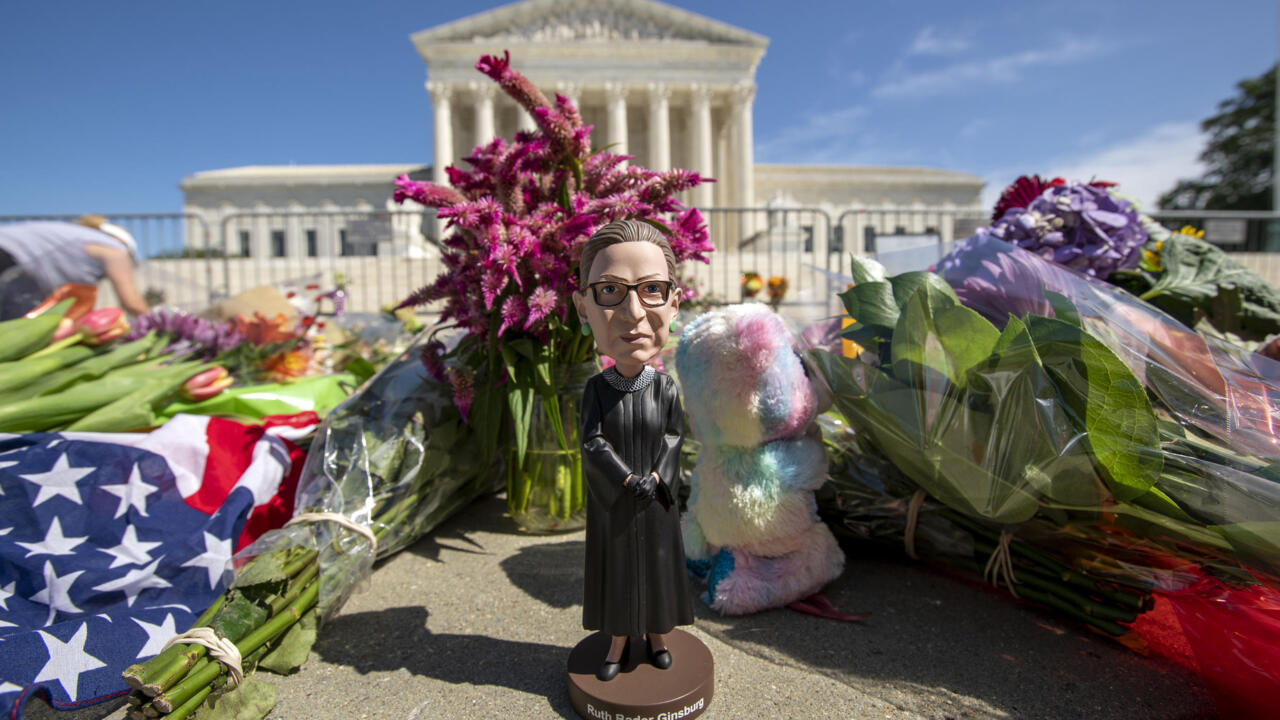 President Donald Trump’s push to widen the US Supreme Court’s conservative majority received a boost on Tuesday as a longtime rival, Republican Senator Mitt Romney, said the Senate should move forward with a vote on his replacement for liberal Justice Ruth Bader Ginsburg.

Romney’s decision left Democrats with few hopes of blocking Senate confirmation of the Republican president’s third appointment to the high court, which would give it a 6-3 conservative majority. Trump has said he plans to announce his nominee by Saturday.

Romney, the party’s 2012 presidential nominee, is one of the few Republicans in Congress willing to criticize Trump, and he even voted to remove him from office in the February impeachment trial.

But the Utah senator dismissed Democratic arguments that the Senate should wait until after voters decide whether to re-elect Trump or chose his Democratic challenger Joe Biden in the Nov. 3 presidential election.

“I intend to follow the Constitution and precedent in considering the president’s nominee,” Romney said.

A Reuters/Ipsos poll published on Sunday found that a majority of Americans including many Republicans also wanted the election winner to make the nomination.

Republicans hold a 53-47 majority in the Senate. Four Republicans would have to join the Democrats in opposing a confirmation vote to block the nomination. Only two have taken that position. Alaska’s Lisa Murkowski and Maine’s Susan Collins said the Senate should not consider a nominee this year.

Collins faces a strong challenge from a Democrat aiming to oust her in the November election, when control of the Senate also is at stake.

Democrats accuse Republican lawmakers of hypocrisy, pointing out that they refused to even consider Democratic President Barack Obama’s nominee to fill a vacant Supreme Court seat in 2016 because it was an election year.

Romney said that was not a concern for him, as Washington was split between a Democratic president and a Republican Senate that year, while this year Republicans control both.

“My liberal friends have over many decades gotten very used to the idea of having a liberal court. And that’s not written in the stars,” he told reporters.

Public mourning events for Ginsburg will be held in front of the Supreme Court on Wednesday and Thursday and in the Capitol on Friday.

Her replacement could steer the court in a more conservative direction on abortion, healthcare, gun rights, voting access, presidential powers and other spheres of American life.

Trump met with Barrett at the White House on Monday and has said he might meet with Lagoa in Florida later this week.

Both candidates enjoy strong support among conservative legal activists, but could potentially encounter problems in the Senate. Barrett could face opposition from Collins and Murkowski over concerns that she would roll back abortion rights, while Lagoa is not particularly well known, which could slow down the confirmation process.

Democrats have few, if any, options for preventing a vote.

Some Democrats have floated a second impeachment vote in the House of Representatives, which would force the Senate to hold another trial, or holding back government funding that is due to expire on Sept. 30, but congressional leaders have downplayed those possibilities.

“I’ve been around here a few years. You can slow things down but you can’t stop them,” Dick Durbin, the Senate’s No. 2 Democrat, told reporters.

Outside liberal groups are ramping up pressure campaigns in the hopes of either swaying Republican senators like Collins and Colorado’s Cory Gardner who face difficult re-election prospects, or using anger over the vote to boost Democratic turnout and oust them on Nov. 3.

Trump is pushing for a vote before the election, but Senate Republican Leader Mitch McConnell has so far not laid out a timeline. The Senate could also vote in a lame-duck session after the election before a new Congress is sworn in on Jan. 3.

Senate Democratic Leader Chuck Schumer said the Senate should honor Ginsburg’s deathbed request that she not be replaced until the next president takes office on Jan. 20. “By all rights, we should honor her dying wish,” he said on the floor of the Senate.