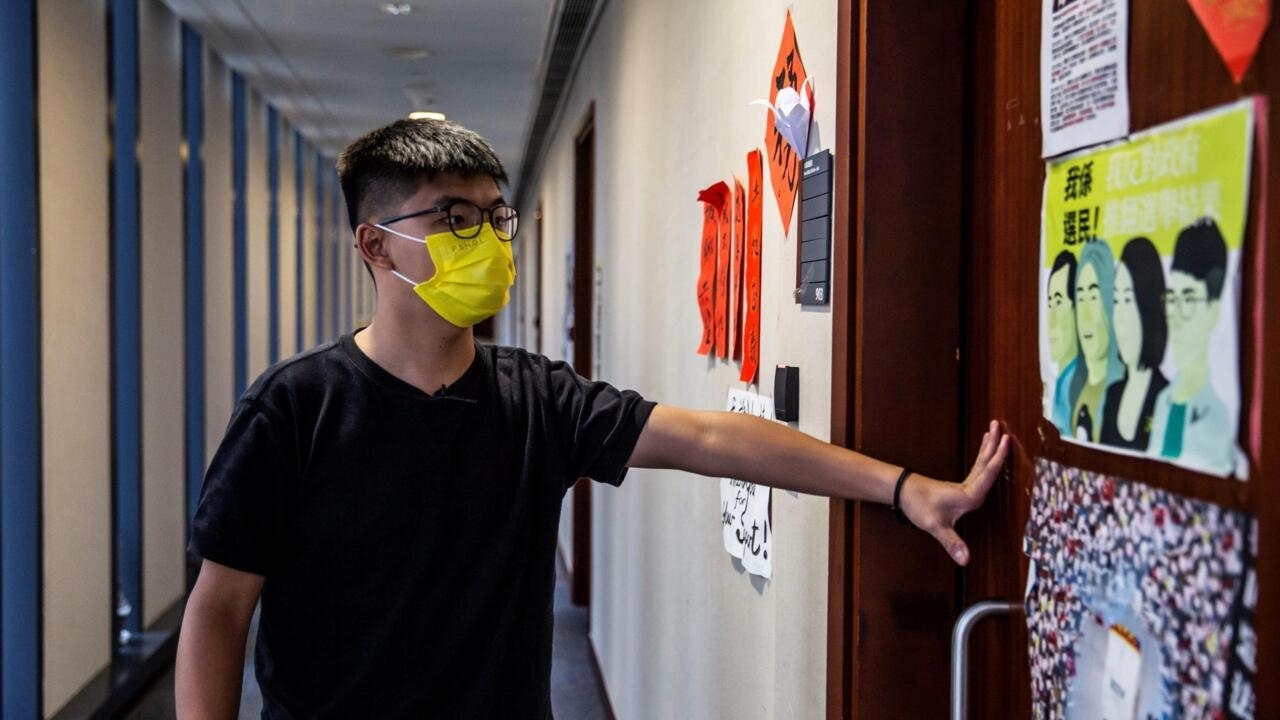 Hong Kong activist Joshua Wong was arrested on Thursday in relation to a protest at the height of the city’s pro-democracy unrest last year, his lawyer said.

The detention of the city’s most high-profile dissident is the latest in a string of arrests of government critics and comes after China imposed a sweeping new national security law on Hong Kong in late June.

He was arrested for “unlawful assembly” over a 2019 demonstration against a government ban on face masks that was imposed before the coronavirus pandemic, his lawyer said.

The 23-year-old pro-democracy figure said on Twitter he was also being held for violating the “draconian anti-mask law”, which has since been ruled unconstitutional.

#BREAKING Joshua is arrested when reporting to Central Police Station at about 1pm today. The arrest is related to participating in an unauthorized assembly on 5Oct last year. He is told to have violated the draconian anti-mask law as well.

Wong’s lawyer told AFP he was arrested when he reported to a police station concerning another case against him, for which he is currently on trial.

“Wong is accused of participating in an unlawful assembly on October 5 last year, when hundreds marched to oppose an anti-mask ban the government rolled out,” lawyer Jonathan Man said.

The march that day came after much of the city had ground to a halt with the subway suspended and many shops and malls shuttered following a night of violence.

Hundreds of protesters, almost all masked, staged the unsanctioned demonstration through the popular shopping district of Causeway Bay, a day after the city’s leader Carrie Lam outlawed masks by invoking colonial-era emergency powers not used for half a century.

The act of resistance came after a night of widespread chaos as hardcore protesters trashed dozens of subway stations, vandalised shops with mainland China ties, built fires and blocked roads. Many chanted “No rioters, only tyranny” and other popular protest slogans.

At the time of the march, Hong Kong had already been battered by four months of increasingly violent pro-democracy protests.