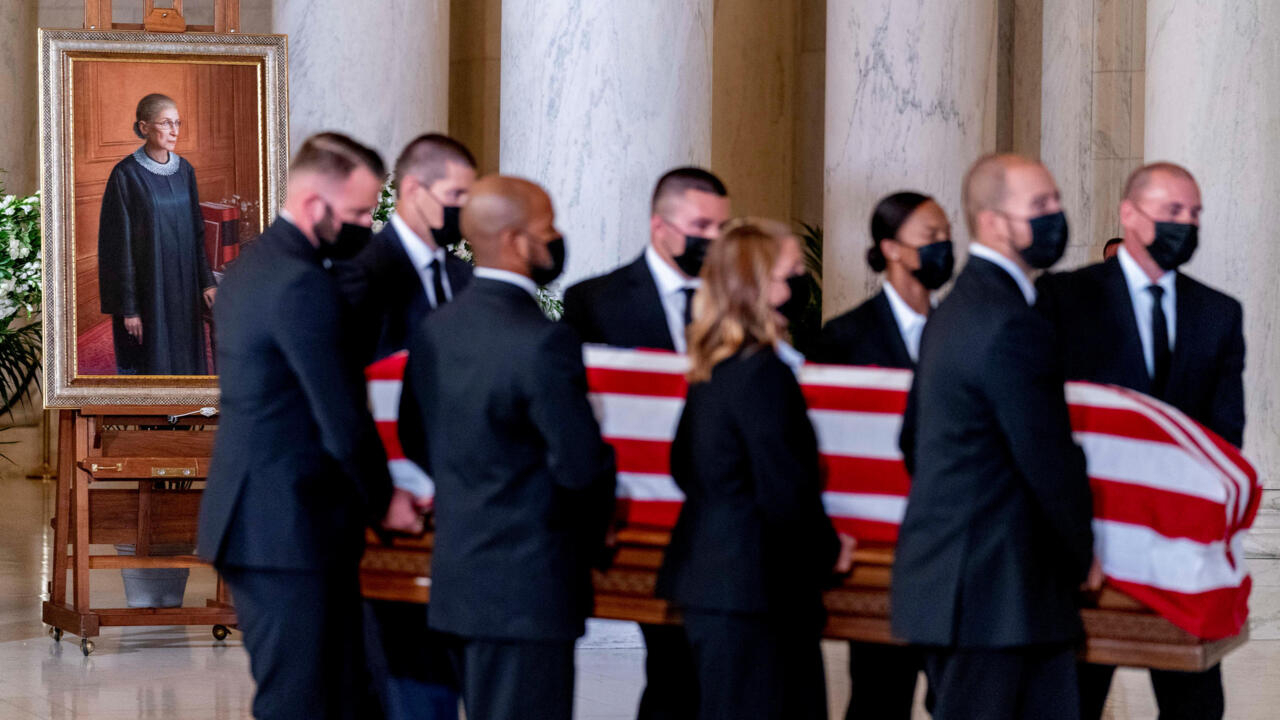 Hundreds of people lined up outside the court for a chance to pay their respects to the pioneering women’s rights advocate, who died on Friday at age 87. Inside the court, Ginsburg’s fellow justices celebrated her life in a private ceremony.

“Her voice in court and in our conference room was soft. But when she spoke, people listened,” Chief Justice John Roberts said.

Ginsburg’s casket was then moved under the neoclassical court building’s massive Corinthian columns for a public viewing due to last two days.

“It’s almost like I felt the hand of God on my shoulder saying you have got to come and pay your respects to this person who was a fierce champion of women’s voices and women’s rights,” said Cecelia Ryan, 64, who drove 12 hours from suburban Chicago.

President Donald Trump is moving quickly to nominate Ginsburg’s replacement, and his fellow Republicans in the Senate say they could hold a vote before the Nov. 3 election. That would seal a 6-3 conservative majority on the court.

“I’m gay and I feel she has done more for equal rights than anyone else,” said Christopher Balma, 47, who waited in line to file past the casket, which was surrounded by flowers.

“I’m terrified” now that Ginsburg is no longer on the court, Balma said.

Ginsburg ruled in favor of LGBT rights in several important cases including the landmark 2015 decision that legalized gay marriage nationwide.

Her popularity prompted officials to set aside two days for public viewing, rather than the one day allowed for other justices, said Barbara Perry, the director of presidential studies at the University of Virginia’s Miller Center.

“She became a pop icon in the last decade,” Perry said.

Ginsburg will on Friday become the first woman to lie in state in the US Capitol when her casket is placed in National Statuary Hall.

The Capitol held a similar ceremony for civil-rights pioneer Rosa Parks in 2005, but she lay “in honor” as she did not hold government or military office.

Both historic events for Ginsburg, however, come with modifications due to the coronavirus pandemic. The Capitol ceremony will be limited to invited guests only, and at the courthouse social distancing and face coverings will be required.

Flowers and other offerings are forbidden on the court’s plaza or its great flight of steps.

With the courthouse closed to the public, the justices are due to hear oral arguments by teleconference next month. Ginsburg’s courtroom chair and the bench in front of it were draped with black wool crepe to mark the occasion, a tradition that dates back at least to 1873. A black drape also hung over the courtroom doors.

Dozens of her former clerks stood at attention when the coffin arrived at the courthouse.

“On a personal level, she was such an amazing person. She had a mind like a steel trap,” said Jill Alexander, 59, whose husband served as a clerk for Ginsburg when she was an appeals-court judge.

Ginsburg’s coffin rested on the Lincoln catafalque, a pine board platform draped in black cloth that was used to support President Abraham Lincoln’s coffin when he lay in state in the Capitol’s Rotunda after his assassination in 1865.

Public viewing runs until 10 pm on Wednesday and between 9 am until 10 pm on Thursday. A private interment service is planned for next week at Arlington National Cemetery. Ginsburg’s husband, Martin Ginsburg, was buried there in 2010.