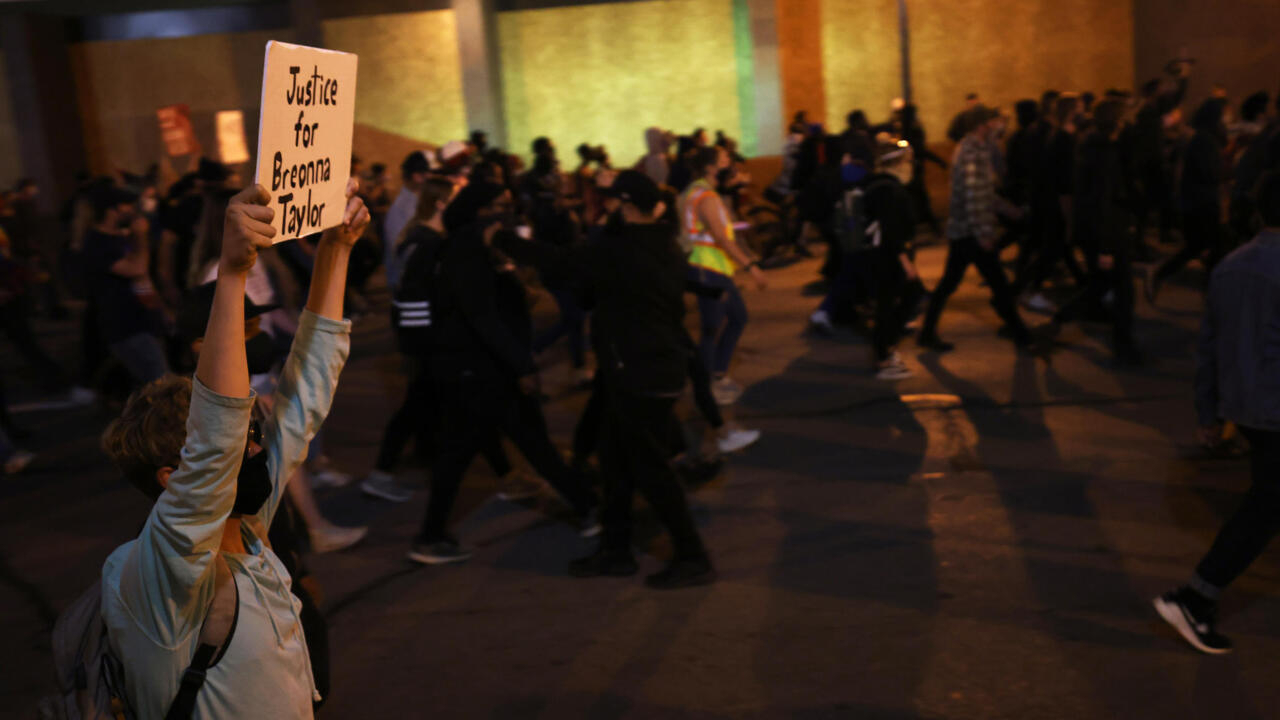 More than 1,000 people defied a second night of curfew in the US city of Louisville to protest over the lack of criminal charges in the police killing of Breonna Taylor, with some seeking refuge in a church.

Two officers were shot during clashes in Louisville a day earlier, after authorities announced a grand jury had decided not to charge anyone in connection with the death of Taylor—a 26-year-old black woman shot dead in her apartment by police earlier this year.

“Until we afford Black people the basic rights promised by our founders—life, liberty and the pursuit of happiness—and end the rampage of the devil of racism, we will know no peace,” her family’s lawyer Ben Crump said in an opinion piece in The Washingto...